WHY WE MUST VOTE! 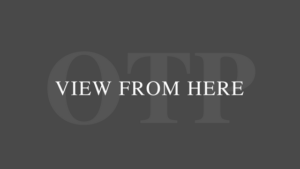 At this point I think we know the country is in dire straits, and Donald Trump has set the nation on this dangerous course. He speaks only for his hardcore supporters cheering at rallies, confirming what they knew to be true all along: that being white is supreme. And, also confirming they are threatened by nonwhites and he uses that to stoking them with fear of black and brown people and of the Democrats who he has called “treasonous” and a “mob.”

He has congratulated congressman James Forte, “He’s my kind of guy!,” who body-slammed a reporter for asking

Of course, Trump is a delusional tyrant and a self-proclaimed nationalist. However, a lot of people fervently believe him and love him for what he is, a white nationalist. And being heavy Republican Primary voters, they have been gerrymandered into like-minded districts. And that, combined with massive and flagrant voter suppression, have given them control of all three branches of government, with a racist demagogue in charge. It is the tyranny of the minority and no good will ever come of this.

However, if the Democrats regain control of at least the House of Representatives, Trump’s tax returns will be exposed, and multiple investigations will haunt his cabinet, his family and himself. And that’s before impeachment. And hopefully this will hold him at bay until the 2020 election.

The Democrats need Brooklyn, but they also need Brooklyn to call home to Georgia, Florida, wherever your People are. Send a text. Put it on Facebook. Make a meme. Make voting go viral. This is not a test. This is for all that we are.