WHAT’S GOING ON: WEEK AT A GLANCE

It was 28 days into the Trump Presidency and he dominated (on and off the record) talks at the NYS Black and Puerto Rican Caucus in Albany weekend. That is what all media accounts report about covering the caucus. Who can make sense of Trump’s draconian executive orders, his twisted vision of an America of old. Trump as POTUS has mastered that art of the faux pas and has endured too many close encounters with ineptitude. Trump’s first 28 days in office showed his mastery of the faux pas and too many bad close encounters which could have been avoided. Then there was the public relations debacle not only with most foreign leaders who are our allies and friends of long-standing, he really irked Black America at his press conference with his encounter with African-American journalist April Ryan, screaming at her to facilitate a meeting for him with the Congressional Black Caucus. He said that he tried to get Congressman Elijah Cummings, but he never responded. Lies, all lies! The CBC said that its outreach to President Trump last month fell on deaf ears. Perhaps that explains the POTUS 2/21 visit, along with Black Team Trump – Ben Carson, Tim Scott and Omarosa Manigault– to the National Museum of African-American History and Culture. BTW, 10 days ago, April Ryan complained about verbal and physical abuse by Omarosa. Is Ryan really a bridesmaid for Omarosa’s imminent wedding?

Congratulations to NYS Senator Bill Perkins, who is NYC Councilman-elect, winner of the 2/14 special election for the Central Harlem City Council seat. There were 9 candidates in the councilmanic race. More than 12,000 voters turned out. However, Perkins, Larry Holland, Athena Moore, Cordell Cleare and Blackmon captured the lion’s share of the votes. Doubt if Governor Cuomo will call a special election for the vacant Perkins’ Senate seat. 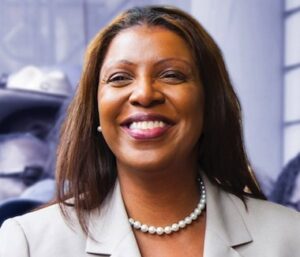 NYC Public Advocate Letitia James ventures uptown on March 1, 6-9 pm for her “TALK TO TISH: HARLEM conversations”. Accompanied by managers from NYC Departments of Health, Education, Housing Preservation and Development (HPD), NY Police Department and Sanitation, James will discuss those jurisdictions as they operate in Harlem. A Q&A session follows.   TALK TO TISH is presented by Healthfirst at the Harlem Hospital Center Mural Pavilion, located at 512 Lenox Avenue. [RSVP@pubadvocate.nyc.gov. or call 212.669.4968]   Is this phase one of City Hall’s attempt to capture political traction in Harlem.

One of the NY Post 2/19 stories, MANSE BUILT BY AMERICA’S FIRST SELF-MADE MILLIONAIRESS IN JEOPARDY, is long on facts about the revered Madam C.J. Walker, the daughter of enslaved Africans, and is short on accurate details about the Irvington, NY mansion and its status today. The 3-acre manse, called Villa Lewaro, was built by Walker in 1917 and her neighbors were Rockefellers and Astors. Walker and her hair care business and opportunities it presented for Black women are accurate.  Lies and half-truths color the narrative about the mansion being in jeopardy. Why would Helena and Harold Doley, who bought the mansion in 1993, commissioned and oversaw extensive upgrades, moved into it and attained National Landmark status in 2014, be getting ready to move? They are working on an easement to monitor the property and protect it from any structural changes, which are not actions that would promote a building sale! The writer got the info distorted. The Post got the headline wrong. 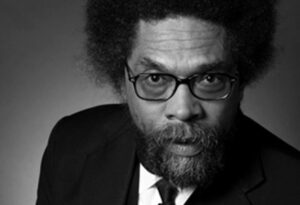 Political activist/scholar Dr. Cornel West, 63, returns to Harvard where he will hold a joint appointment at the Harvard Divinity School and the Department of African and African-American Studies as a professor for the practice of public philosophy in September. Professor West left Harvard in 2002 after a dispute with then-president Lawrence Summers. His next stop was Princeton University, where he was the first Black to earn a PH.D. in 1980, and where he parked until 2012 when he returned to the Union Theological Seminary, where he launched his teaching career. The President Obama/Cornel West animus was a widely and well-documented friction. West referenced him as “a Black mascot of Wall Street oligarchs”, and labeled him a “Rockefeller Republican in Blackface”. Dr. West recently married, which would be #4.

There is a new kid on the cable TV public affairs block and her name is Cheryl Wills, the first lady of NYC TV, who now hosts her own NY1 TV show, “IN FOCUS with Cheryl Wills”, which airs on Sundays at 10:30 am and 3:30 pm. Cheryl struts her journalistic stuff discussing politics, education, business, you name it. Congrats Cheryl!

The Smithsonian National Museum of African Arts in Washington, DC is the pre-eminent American center of scholarship excellence on the arts of Africa is looking for a new director, a successor to Dr. Johnetta Cole. Application deadline is February 24. Contact Suleyka Lozins at kizubss@si.edu or call 202.633.4636.

The National Black Leadership Commission on AIDS will host a series of events to commemorate its 30th Anniversary this year, culminating with a major gala in October. The NBLCA Executive Director C. Virginia Fields moderated a panel, “We Can End These Epidemics”, at last weekend’s NYS Black and Puerto Rican Legislative Caucus in Albany.   The NBLCA will screen the short film, “90 Days in Harlem”, at the Schomburg Center on 2/22, and in Brooklyn at the Alamo Drafthouse Cinema on 2/23. [Call 212.614.0023, X106]

The Brooklyn Community Services organization convenes a Youth Action Summit, VOICES FOR THE FUTURE OF BROOKLYN, on February 28 which targets youth living in Brooklyn’s low- income neighborhoods. The summit will be held at St. Francis College, located at 180 Remsen Street. C. Nicole Mason, Ph.D., policy expert/author, is keynote speaker. Summit is free and open to the public. [Visit wearebcs.org/youth-summit]

HOLD THE DATES: February 27/28. It is carnival time in Brazil, Trinidad and Tobago, the Dominican Republic and in New Orleans, Louisiana where people “laissez les bon temps rouler”– Let the good times roll.

A Harlem-based management consultant, Victoria Horsford is reachable at Victoria.horsford@gmail.com.