At press time, it was speculated that another government shutdown would be averted.

New York is back in crazy mode. One group is taking credit for scuttling the Amazon campus and 25,000 jobs after the Washington Post, Jeff Bezos’ newspaper, indicated that Amazon was reconsidering its New York campus in Queens. Was that a trial balloon or what? A new group of supporters has emerged apropos of the proposed Amazon/NY campus. Subject group looked like and sounded like some of the residents of the Queensbridge Houses, a 26-building complex, part of the NYC Housing Authority (NYCHA). They say that Amazon naysayers do not live in the affected neighborhood. They plan counter-demonstrations showing support. P.S.–Regional NJ/NY HUD Director Lynne Patton moved into a Bronx NYCHA building on 2/11.

Jeff Bezos, Amazon owner and the world’s richest man, has a well-oiled business machine which has been attentive to making campaign donations to most of the elected NY congressmen and City Council members who represent the Amazon campus area. According to a 2/12 Siena poll, most NYC residents support an Amazon presence. What New Yorkers did not support was the absence of transparency by Governor Cuomo and Mayor de Blasio in negotiating the billion-dollar tax break for Apple. State and city legislators should have been consulted. Mr. Bezos has other distractions like a fight with the National Enquirer, which has published damaging pictures of him and his girlfriend, then advised him in print to meet with certain demands lest it publish more of Bezos pictures, some of them in the altogether.

Two weeks ago, Councilman Bill Perkins was the center of a NYC media storm about erratic behavior. This week, Councilman Ruben Diaz, Sr., 75, father of Bronx Borough President Ruben Diaz and an ordained minister, is the subject of a media circus. On a Spanish language radio show, Councilman Ruben Diaz, Sr. said, “The NYC Council is run by the homosexual community. The outrage was fast and furious from NYC Council Speaker Cory Johnson, who is gay, and the LGBTQ community, who have been demanding an apology. One group even discussed impeachment. Councilman Diaz said that the only people empowered to impeach him are the Bronx residents of his council district. NYC is not a good city for homophobes, especially if one’s son is a 2021 mayoral hopeful.

Virginia’s three top Democrats are embroiled in scandal. Governor Ralph Northam liked to moonwalk in blackface when he was in college in the 80s. Lieutenant Governor African-American Justin Fairfax, an attorney, has been accused by two women of sexual assault, which he denied. Attorney General Mark Herring admitted to wearing a blackface in college. Initially, Virginians wanted the governor to step down. Hopes ran high for a Fairfax succession for a nanosecond until stories broke about his alleged sexual behavior. Governor Northam says that he is not resigning, nor is the Attorney General. Virginia legislators are clamoring for a Justin Fairfax resignation while the cloud hangs over him. If SCOTUS nominee Brett Kavanaugh had his day in court, why can’t Justin Fairfax? Mr. Fairfax denies these sex allegations. Next week will include a follow-up. I need time to research Governor Northam’s record vis-à-vis Black Virginia before passing judgment on his allegedly egregious college behavior.

The year 2019 is the 400th Anniversary of the Atlantic Slave Trade!

The Brooklyn Historical Society, located at 128 Pierrepont Street in Brooklyn, serving a rich menu of cultural conversations which highlight Black American history through 2/28, including “Black-Owned Businesses: A History of Enterprise and Community,” a book talk consisting of “Separate: The Story of Plessey vs. Ferguson” on 2/19, “Beauty, Media, Money and More: A Conversation with Tressie McMillian Cotton” on 2/25, “The Halls of Hope: Voices from Obama’s West Wing” on 2/28. [Visit brooklynhistory.org] 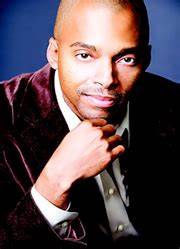 The New York Historical Society, in conjunction with its exhibition, “Black Citizenship in the Age of Jim Crow,” presents a talk with former Schomburg Director Dr. Khalil Gibran Muhammad, Professor of History, Race and Public Policy at Harvard’s Kennedy School and Suzanne Young Murray, Professor at the Radcliffe Institute for Advanced Study, on February 26, 6:30 pm. On March 9, from 9:30-11 am, the NYHS hosts a Saturday Breakfast Talk with Doug Jones, US Senator from Alabama, author of “The Birmingham Church Bombing That Changed the Course of Civil Rights,” moderated by Eddie S. Glaude, Jr., Princeton Professor and Chair of the Department of African-American Studies.

FINE ART: The new Dorsey Gallery Show, “The Reflections of Weusi II,” an exhibit and celebration of works by the Weusi Collective which has been at the vanguard of the NYC Black Arts Movement since 1965.   The exhibit runs through February 24 from 3-8 pm by appointment.   Dorsey is located at 553 Rogers Avenue, Brooklyn. [E-mail: lpdbrooklynarts@gmail.com]