Trump’s 90-minute State of the Union Address still has fact check researcher probing for accuracies.   His message was not conciliatory. He obsessed on his south United States border wall. Americans may have to brace for another limited government shutdown. He put Democrats on notice about partisan investigations. He boasted about the largest Congressional women’s freshman class, oblivious to the fact that the phenom was made possible by his racist, intolerant administration. He must not have been to happy about the Democratic rebuttal to his SOTU, by a non-Congressional Black woman Stacey Abrams, who lost her bid for Governor of Georgia last year owing to GOP machinations. The Abrams’ response to his SOTU offered hope for the Republic. She referenced voter suppression, government shutdowns, health care, climate change, immigration, the nuts and bolt matters to the American middle class. A Democratic Party rising star, Ms. Abrams is being encouraged to run for US Senate from Georgia next year.

A media blitz has surrounded Central Harlem City Councilman Bill Perkins, who once battled cancer, who had an encounter with NYPD last weekend and was taken into custody owing to erratic behavior. He was taken to Metropolitan Hospital for psychiatric evaluation.   A press release from Councilman Perkins office attributed last week’s behavior to his medication regimen

The NYC Public Advocate Special Election date is February 26. A nonpartisan election, there are 17 contenders for the coveted #2 spot in NYC government…… New York State Senator Brian Benjamin was appointed Chair of new Committee of Revenue and Budget…… Where were Governor Cuomo and Brooklyn’s Borough President Eric Adams who did not attend Rev Al Sharpton’s National Action Network celebration of the Martin Luther King Jr. national holiday. It is a place where all politicos foregather annually.

FINE ART: The 10th Anniversary of the Harlem Fine Arts Show will be observed February 14to 17 at The Riverside Church, 91 CLAREMONT Avenue, one block west of Broadway on 120 Street, where more than 40 visual artists – paintings, sculpture, lithographs, photography will display and vend their works. Prominent participating fine artists include Michael Escoffery, Woodrow Nash, Otto Neals, Woodrow Nash, and Kevin Williams/ The  Madison Square Boys and GIRLS Club will host the opening night gala with A Salute to Blacks in Technology and will present Lifetime Achievement Awards.   Visit HFAS.ORG.

DANCE:   The multicultural dance company, The Complexions Contemporary Ballet, presents its 25th Anniversary season with performances at the Joyce Theater, Manhattan, from February 19 to March 3. Performances include the world premiere of   woke, a work that looks into current social issues; From Then to Now, a compilation of repertory favorites; the premiere of   “Bach 25;” the return of “Star of Dust,” the David Bowie ballet tribute; and Complexions co—founder Desmond Richardson who performs for the last time as a member of the CCB season Gala on February 21.   Founded in 1994 by African American choreographers/dancers Richardson and Dwight Rhoden, two Alvin Ailey choreography/dancer alum, the CCB company is world renown. Visit COMPLEXIONSDANCE.ORG 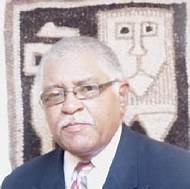 RIP: Stanley Weldon Hill, 83, prominent labor leader, died. Native New Yorker, Stanley Hill was a social worker after graduating from Iona College. He became union representative for the Social Service Employees Union, Local 371.  Later, he became the Executive Director of the largest union in NYC, District Council 37, the American Federation of State, County, and Municipal Employees, which made his a house name in local media circles.

Feb 22: The Harlem Opera Theater presents a Tribute to the achievements of Dr. Martin Luther King, Jr on the occasion of his 90th birthday anniversary and of Thomas A Dorsey, pianist composer   Master Musician, the father of gospel music,   at the Harlem School of the Arts 645 St. Nicholas Avenue, Harlem. Visit harlemoperatheater.org.

Read NY Times 1/31 supplement, “ 42 AT 100,” a collector’s item about Jackie Robinson who crossed the color line, in 1947, and became the first Black man to play Major League Baseball, with the Brooklyn Dodgers. Supplement was a commemoration of the Robinson centennial. Wonder if Randy Archibald, the NYT first Black sports editor, had his fingerprints on this informative Jackie Robinson supplement! Check out the Museum of the City of New York exhibit, “In the Dugout with Jackie Robinson: An Intricate Portrait of a Baseball Legend,” located on   Fifth Avenue at 103 Street, which runs from January 21 to June 28.