NYC residents should know their September 12th Primary polling sites and should be reading the ELECTION AT A GLANCE booklet, which was mailed.   Life becomes unbearable for registered voters for the next two weeks. Look out for robocalls, TV commercials, text messages, media smear stories and all things that attend the September Primary circus. There are not primary elections for uncontested offices like NYC Comptroller and Manhattan Borough President.

The Harlem-based National Black Programming Consortium (NBPC) was named a grant recipient of the John D. and Catherine T. MacArthur Foundation to support its 360 incubator + Fund and its newest initiative WOKE!–Broadening Access to Black Public Media. The $750,000 grant is from the MacArthur Journalism and Media Program.   WOKE! is a NBPC initiative aimed at helping storytellers of color working in nonfiction and emerging media.  [Visit blackpublicmedia.org] 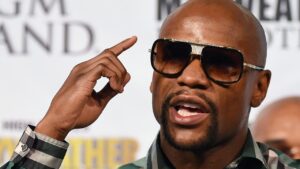 Biggest revenues champ last weekend was the Floyd Mayweather and Conor McGregor fight which, according to conservative estimates, generated at least $500 million in pay-per-view USA sales. Guestimates of Mayweather’s take from the fight is $150+ million. Mayweather retires again. His record of 50-0 eclipsed Rocky Marciano’s record of 49-0.

The American Book Awards observes excellence in American literature. The Flores Forbes book, “Invisible Men: A Contemporary Slave Narrative in the Era of Mass Incarceration”, by Skyhouse Publishing, is one of the ABA’s 2017 awardees.

Everyone’s talking about the 8/22 NY Times story, MARTHA’S VINEYARD HAS A NOURISHING MAGIC FOR BLACK AMERICA, a glimpse into the lives of the islands’ elite African-American population, many of whom are my NY friends.   The essay intrudes into a summer afternoon at culinary historian/author Jessica Harris, Ph.D., who hosted a “five to seven” soiree on her MV porch, which filled with local muckady mucks like Martha Mae Jones, a fashion designer and fine artist, and Abigail McGrath, founder of Renaissance House writer’s retreat on MV. McGrath is the daughter of Harlem Renaissance poet Helene Johnson and the niece of Dorothy West, who wrote the novel THE WEDDING, which was inspired by Abigail’s nuptials some 50 years ago on MV. Harris is the author of 12 books. Her latest, MY SOUL LOOKS BACK, A Memoir, revisits her life during the 70s and beyond when she did New York’s disco scene and fraternized with literati like Jimmy Baldwin, Toni Morrison and Maya Angelou in France, Africa and all over the United States. 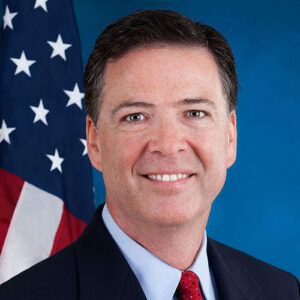 Howard University appointed James Comey the 2017 Opening Convocation Keynote Speaker and the 2017-2018 Gwendolyn S. and Colbert I. King Endowed Chair in Public Policy. As holder of the King Chair, Attorney Comey will lead and conduct five lectures featuring speakers who will hold forth on a variety of topics. Comey will donate his entire King Chair $100,000 salary to a Howard University fund. Howard is one of America’s most prestigious HBCUs(Historically Black Colleges and Universities). The former director of the FBI, nominated by President Obama, who was dismissed by President Trump, James Comey has gotten several job offers by law firms and he has signed a book deal. 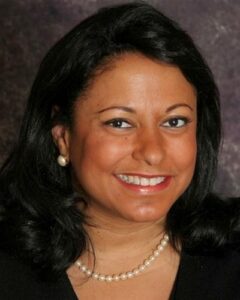 The month opens with the West Indian Day Parade on Labor Day, September 4 in Brooklyn along Eastern Parkway, which celebrates its 50th year.    A rite of passage for the New York City Caribbean-American population, the parade attracts participants from as far south as Guyana, Suriname and Brazil, and draws at least 2 million viewers. Carnival festivities usually begins in late August, on the Thursday before Labor Day, spilling over into local clubs where bacchanal and Caribbean culture hover over the proceedings. The Labor Day Carnival Parade, preceded by J’Ouvert, (which means “I open” or contextually, “daybreak” in French) where streets that border on the parade route are lined with vendors selling foods and Caribbean objets d’art, used to begin around midnight. J’Ouvert 2017 will begin at sunrise.

Celebrate the West Indian Carnival Culture in Harlem at the Cove Lounge, located at 325 Lenox Avenue on August 31 from 6 pm and the Schomburg Center for Research in Black Culture on September 1 at 6 pm.

Hold the date September 9/10 for HARLEM FASHION WEEK and enjoy many of the trappings of downtown’s NY Fashion Week somewhere uptown.   HFW begins with an Opening Night Charity Gala at the Hamilton Landmark Galleries. HFW also boasts a Business of Fashion Symposium.  HFW culminates with a runway fashion extravaganza at the Museum of the City of New York.   HFW is the brainchild of indefatigable mom/daughter-style doyennes Tandra Birkett and Yvonne Jewnell, who are founders of the fashion design company Yvonne Jewnell New York. [Visit HarlemFW.com]

The Black Women of Influence will host its 10th Anniversary Trailblazers Summit and Luncheon, a celebration of professional women “who are little-known but doing great things”, on September 23, 9:30 am to 5 pm at the W Hotel, located at 541 Lexington Avenue, Manhattan. The 2017 BWOI Trailblazers include Thusand Duckett, Adrienne Gonzalez, Rhonda Joy McClean and Vera A. Moore, cosmetics entrepreneur. [Visit Blackwomenofinfluence.com] 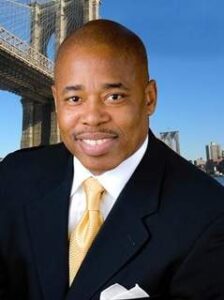 The One Brooklyn Fund is a city-affiliated nonprofit which originated in the Office of the Brooklyn Borough President Eric Adams, which promotes the collaboration and engagement among the borough’s diverse communities through events, programs and services. The One Brooklyn Fund’s Board of Directors will host its inaugural gala on Wednesday, September 27 at 7 pm at the Brooklyn Museum and will honor achievements of the borough’s “cornerstone” businesses which has served the community for upwards of 50 years. [Visit onebrooklynfund.org]