The Weeksville Heritage Center was founded in 1838 to preserve the history of Americans of African descent who formed the community they named Weeksville. These pioneers, whose spirits can be felt in the remaining Hunterfly Road Houses where they lived, are now honored with a contemporary Center that remembers their legacy and celebrates their culture. In February 1997, the founding executive director Joan Maynard told Our Time Press, “Everyone should know James Weeks. According to the 19th century census, he could not read nor write, but he managed to inspire a resolution that was published in a newspaper so that we can read about it. When he acquired part of the vast Lefferts family estate and formed homesites for his friends and neighbors, I am sure he was thinking about passing something on to future generations… These buildings are a testament to that legacy.” Rob Fields, current President & Executive Director, continues Ms. Maynard’s journey to “preserve memories of self.”

There’s no other way to put it: Weeksville Heritage Center is in danger of closing.

Rising operating costs and the plain fact of just how hard it is for black cultural institutions to get and maintain adequate funding is putting all the work we do in jeopardy.

Of course, we’re doing everything we can to avoid closing.  But we need your help.

Earlier this week, we launched a crowdfunding campaign with the goal of raising at least $200,000. This money will enable us to continue to operate through the summer and early fall while we develop a plan to fund Weeksville for long-term sustainability.

Weeksville Heritage Center is the only African American historic site of its kind in Brooklyn and preserves the history of one of the largest free Black communities of pre-Civil War America, Weeksville, Brooklyn. Weeksville was an incredible example of Black freedom, Black empowerment and Black self-determination. The focus of our work is maintaining three landmarked houses from the mid-19th and early 20th century and, through them, the rich history they represent. Through our arts amd culture and educational programming, as well as collections and historic preservation work, we make this inspiring history relevant and resonant for folks like you and for future audiences. 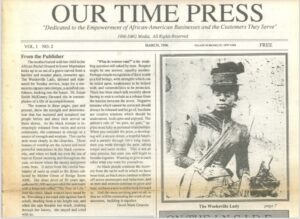 As those who love Weeksville know, the loss to Central Brooklyn–and to New York City — would be devastating. We’re asking for your help to not only protect and preserve the Houses, but also ensure that we don’t lose:

Please support our fundraising campaign. You can donate online here:

Or you send your donations via a check made out to “Weeksville Heritage Center” to: