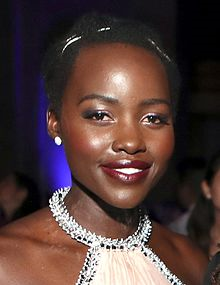 BLACK PANTHER, the superhero film set in Africa, with a predominantly Black cast, did all that it was supposed to do. Many viewers talked about how empowered the BP women actors – Lupita Nyong’o, Danai Gurira and Letitia Wright – were. It shattered most worldwide superhero records by generating more than $235 million in box office receipts from Thursday to Sunday.  That figure excludes China, Japan and Russia where it opens later this year. BLACK PANTHER grossed $169 million overseas. Highest overseas gross was in South Korea where it earned $25 million. In Africa, grosses were huge. The South Africa gross was $1.4 million. Based on a Marvel Comics character about 52 years ago, BLACK PANTHER will no doubt invite a film sequel. Film was budgeted at $200 million, another Hollywood first. African culture, the film and its marketing heft will be the subject of countless essays and party chatter for the next few weeks. More importantly, BLACK PANTHER is an aspirational story about Africa and its Diaspora.

Gun culture and violence in American schools has been a regular occurrence since 1999 when the Columbine massacre stunned the nation.  It means that most American millennials, people born between 1980 to about 2000, grew up reading about gun violence in their schools. The American Federal Government has been impotent in introducing legislation to curb the gun violence or to curb the power of the National Rifle Association and gun manufacturers. Last week, America seemed to have turned a corner vis-à-vis gun violence in American schools after a gunman kills 17 people and injures a dozen more at the Marjory Stoneman Douglas HS in Parkland, Florida. The survivors of last week’s massacre are hurt, angry and disgusted with political systems and with President Trump. Next month, millennials will partner that anger with political engagement by demonstrating against government gun violence apathy at the precincts of power like Washington, DC and local statehouses.   Millennials have surpassed baby boomers as the nation’s largest living generation. Now to get the millennials to the polls.

SOUTH AFRICA: Cyril Ramaphosa was sworn in as South African President on February 15, succeeding Jacob Zuma, who resigned a year before his term expired owing to widespread government corruption, an economy in free fall and the threat of impeachment.   President Ramaphosa promises an economic  turnaround, begging South Africans to “channel the spirit of Nelson Mandela.”

ETHIOPIA: Ethiopian Prime Minister Hailemariam Desalegn offered his resignation on February 15 to placate a restless population which has been plagued by riots and unrest for about two years.   Ethiopia is one of Africa’s fastest-growing economies, is a one-party state where there is not equal power sharing among its ethnic groups. Desalegn remains caretaker until Parliament elects a successor. Government announced a “state of emergency” on February 16.

NIGERIA: UK Export Finance approves Nigeria’s naira as trade currency. It is one of only three African currencies recognized by the UK. This move bolsters and supports trade and investment between Britain and Nigeria.

CHILE:   The Wall Street Journal essay, “Chile Gingerly Embraces Migrants,” reports that it is THE destination in the Americas for immigrants of color. In contrast to the Trump Administration’s curbing travel by people of color to the United States, Chile welcomes them, especially Haitians and Venezuelans. Last year, almost 105,000 Haitians entered Chile. Why such a good neighbor? A large aging population (average 82-year life expectancy) and a declining fertility rate are two good reasons for the open immigration policy.   Most people enter Chile on tourist visas. It they get job contracts before their visas expire, they can apply for work permits and get permanent residence. “It is immigration from one developing country to another.” The UN estimates that 92 million people fall into this category, which accounts for 1/3 of global migrants. PS. According to World Bank stats, outside of Canada, Chile has the lowest homicide rate in the Western Hemisphere.

The NY-based Black Public Media, the nation’s only public television documentary series about the global Black experience, recently celebrated its 10th Anniversary at the Gate House.    Nicholas Ashe of “Queen Sugar” moderated a panel which included Maria Hinojosa and Herbert Peck, who co-produced films such as “Fatal Assistance” and “I Am Not Your Negro.” [Visit blackpublicmedia.org]

The 21st Annual David Dinkins Leadership and Public Policy Forum convenes on April 24 from 6-9 pm at the Miller Theatre at Columbia University. Eric Holder, former US Attorney General, will be keynote speaker.

TALKS: Professor Yinka Stanford conducts a talk, AFRICA IS A CONTINENT. It is not a country at the Countee Cullen branch of the NYPL, located at 110 West 136th Street, Harlem USA, on March 3 at 1:30 pm.

Kathy Waller was named Coca-Cola’s EVP and Chief Financial Officer in 2014. She talks about how the company is reformulating and expanding in the 2/20 issue of the Wall Street Journal.   She joined Coca-Cola in 1987 as a senior accountant.   “She oversees cost-cutting and plays a role in deciding which products and companies Coca-Cola should buy or back.” Presumably, it is a matter of time before she joins the rarefied list of African-American CEOs on the Fortune 500 List.

RIP: Dr. Gwendolyn Goldsby-Grant died on February 13. An Essence magazine advice columnist for about 25 years, she received two master’s degrees in guidance counseling and in behavioral science, and two doctoral degrees in theology and education. Her celebration of life will be held on Thursday, February 22nd at 10 am at the Trinity SDA Church, 35 Hillside Avenue, Newark, New Jersey. 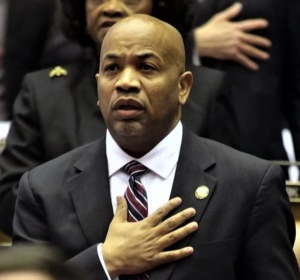 Londel’s Restaurant, which for almost two decades was the only fine dining venue in Harlem north of 135th Street, is closing on February 19-25 for a face-lift and upgrade.     Founder/restauranteur Londel Davis says that it reopens on February 27th with a “better look and attitude” as the business sails into its 25th Birthday Anniversary.

Ty Stephens and the Belafonte Alumni Group salutes Harry Belafonte on the occasion of his 91st birthday with a show, “The Music and Legacy of Harry Belafonte,” at Aaron Davis Hall on Convent at 134th Street, on the City College campus on March 1st at 7:30 pm.