We Must Not Lose Our College 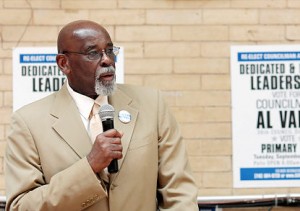 There are only a few institutions that exist in Central Brooklyn that were created to serve the needs of African-American people. Chief among them is Medgar Evers College (MEC). I am a surviving member of the team of community members who negotiated with CUNY to bring this college into existence and name it for a civil rights hero. The founders’ vision of the school’s mission was extremely clear. Medgar Evers College was to serve primarily the African-American community of Central Brooklyn, denying no student access because of the public school system’s failure to prepare them adequately. The college would bring them up to academic standards, teach them their history and imbue them with the concept of giving back.

Medgar Evers College has since prepared and graduated thousands of our friends and neighbors who have gone on to various professions or graduate studies. MEC is also a major source of employment, and currently has the largest number of Black faculty of any college within the City University system. The value of the economic activity to the community surrounding MEC is profound. To a great extent, the stability of Central Brooklyn depends mightily upon our community-engaged, culturally sensitive Medgar Evers College.

Today, we are experiencing a threat to our community’s ownership of our college. Dr. William Pollard’s administration of MEC ushered in a significant and unwanted change in the mission of Medgar Evers, most notably a restricted admissions policy. Also during Dr. Pollard’s tenure, academic support for students has been reduced; divisiveness among faculty and staff has evolved and festered; community input has been muted; and the administration’s relationship with the Black elected officials has been poor or nonexistent.

Over the protest of Brooklyn’s Black elected officials, the Chancellor of CUNY recently conducted a 90-day search and interviewing process for a new MEC President. He reported that the process generated 50 applicants, of which 3 were referred to the campus for introduction and interviews. No elected officials and precious few faculty or students attended the campus interviews. Not to be deterred, the chancellor recommended and the trustees appointed, effective August 1, 2013, Dr. Rudolph Crew as the new President of Medgar Evers College. During this process, however, the chancellor has placed a provost and several other key administrators in position at Medgar Evers College. I do not believe that any credible administrator would accept the position as college president without being able to bring on his or her own team.

Given the significance of Medgar Evers College to the stability of our community and the lifeline must be for future generations, and given the surreptitious way the Board of Trustees and the chancellor have stacked the administration of MEC prior to appointing a president, I strongly urge the leadership of our community to take the following aggressive actions to safeguard MEC’s future.

The faculty, staff, students and Community Council of Medgar Evers College should unite around a common agenda to be used in early discussions with Dr. Crew. Do not reject him because of how he was chosen, but do not fully accept him until he has met with you, discussed his goals and expectations, and responded to your concerns.

All who would be leaders in our Central Brooklyn community should rally in support of the Medgar Evers College’s Community Council, and to the extent possible, lend your intellect, skill and advice to ensure that our college remains ours.

The members of the Central Brooklyn Black Legislators Coalition should meet with Dr. Rudy Crew without bias and determine, from his presentation and discussion how aggressively we will support his presidency, or what other options we will pursue.

The state elected officials in our coalition should initiate a meeting with Governor Cuomo around an agenda to change the composition of the Trustees of the Board of Higher Education and to change the chancellory to reflect the African-American presence within the City University of New York and New York City as a whole.

The City Council members from the CBBLC should prepare a similar agenda to present to the mayoral candidates, and solicit their commitment. After the election, we should initiate a meeting with the new mayor and demand the changes we seek within CUNY.

I hope that the two Congress members of the CBBLC will expand their considerable leverage in the pending meetings with the governor and other key elected officials. I also recommend that our Congresspersons lead our coalition, in collaboration with clergy and other community leaders, in order to maintain a collective focus and strategy to preserve our college and its mission.

We Must Not Lose Our College!