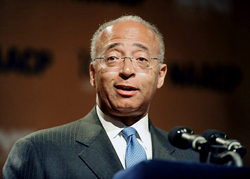 There’s an old saying in politics: “you go where the voters are.”

The idea is to always reach out to individuals and communities and never take any group for granted.
Unfortunately, that’s exactly what our city government is not doing by ignoring community and ethnic media, a central vehicle of communicating with millions of New Yorkers who rely primarily on this segment of the press for information.

According to an eye-opening report by the Center for Community and Ethnic Media at the City University of New York School of Journalism, community and ethnic newspapers have been systematically overlooked in advertising dollars, even as millions of dollars have flown into “mainstream” newspapers like the New York Times and the New York Post.

The report points to about $18 million in taxpayer money that’s spent on advertising, mostly public service announcements and notices of government job openings. Despite the fact that nearly 55% of New Yorkers rely on community and ethnic newspapers, these outlets receive only 18% of the City’s ad budget (the remaining 82% goes to the “big newspapers”).

The current policy doesn’t just shortchange local press; it deprives communities of important information and access to their government. The effect is particularly bad for immigrant communities where large numbers of resident speak multiple languages and rely exclusively on news media in their native language. For example, the report points out, that Spanish-language press received less than 4% of the advertising dollars, despite Latinos making up 28% of New York City’s population.

This is not merely disturbing; it’s dumb!

New Yorkers who speak Russian, Mandarin, Hindi, or any of the dozens of languages that make up our city’s uniquely beautiful cacophony deserve just as much information as their neighbors who don’t speak those languages. The same applies to readers of newspapers that cater to African American communities.

This has to end. And when I’m mayor it will. I’ll start, as the CUNY reports suggests, by instructing all agencies or employees in charge of placing ads to include minority and community newspapers in their buys. I am not talking about symbolic buys, but real ones. I’ll bring to City Hall, twice a year, as I used to do when I was comptroller, the publishers and editors of community and ethnic newspapers to make sure we are treating them fairly on ad buys and flow of information about government and its initiatives. I’ll make sure my commissioners meet these pillars of our free press so ad buys are not dependent on fancy packets of information or who you know but on the work and influence these newspapers have of communities throughout our diverse city.
As the grandson of proud immigrants from the Caribbean, I have seen first-hand the role that ethnic media plays in New Yorkers’ lives. For so many of us, ethnic and community news outlets have been our primary source of news and information at one time or another in our lives. They are the lynchpin in connecting our past, present, and future.