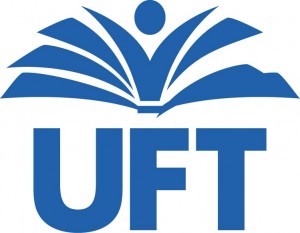 Earlier this month, President Obama announced a new initiative by his administration to push for a master corps of teachers that will mentor other teachers in STEM subjects by offering them a $20,000 bonus on top of their base salaries.

STEM programs, which stand for science, technology, engineering and math, are being pushed by the president because of lagging test scores in science and math nationally by 8th-graders.

With about two-thirds of 8th-graders below proficiency in math and science on the National Assessment of Educational Progress, and many students dropping out of community colleges because they can’t get past remedial math courses, there is a national consensus about the need to boost math and science skills.
The President’s Council of Advisers on Science and Technology proposed a STEM master teacher corps in a 2010 report. It noted that out of about 477,000 math and science teachers in K-12 schools, roughly 25,000 leave the profession each year.
While most teachers and the United Federation of Teachers (UFT) support the president’s push for more science and math teachers and courses in schools, the UFT has come under criticism for its clause in their contract that will prevent New York City teachers from participating in this program.

The UFT’s contract prohibits paying bonuses to individual teachers for exemplary results in the classroom and makes no provision for compensating master teachers. The contract also would prevent the Department of Education from recruiting science teachers by offering higher salaries.

The fastest-growing businesses predicted in the U.S. are in the fields of science and technology.

Mayor Bloomberg and the NYC Schools Chancellor, Dennis Walcott, were quick to pounce on this, issuing a joint statement on the matter.

“Earlier this month, President Obama outlined a bold plan to pay exceptional teachers an annual stipend. Unfortunately, the United Federation of Teachers continues to stand in the way of these incentives, which New York City public schoolteachers deserve. It’s time for the union to work with us so that our irreplaceable teachers can take full advantage of these and other opportunities.”
When asked about the issue, the UFT said that they were not familiar with the details of the president’s proposal.

“The UFT supports a career ladder where teachers can earn more as they take on additional responsibilities. We oppose individual bonuses/merit pay,” said UFT spokesman Richard Riley.
“Teaching in the classroom is the hardest thing to do, so  to get paid more to basically teach outside of the classroom is ridiculous,” said Lisa North, a teacher at P.S. 3/The Bedford Village School. “I think staff development is a great idea, and I definitely support the push for more math, science and engineering studies, but I am worried about who will get to decide who will become these master teachers, there might be some cronyism.”

The UFT has supported a similar program in NYC called the Lead Teachers program, which is essentially the same thing as the president’s plan but it can be applied to any subject and teachers in the program will actually teach for a portion of the day, then mentor other teachers for the other half of the day.