Treasured Reminders of Our African-American Past 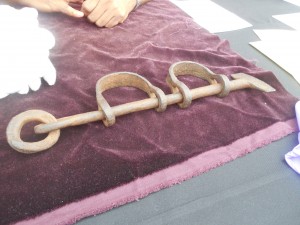 Evidence of lost and forgotten chapters in America and world history merged in the lobby of the Brooklyn Museum last Saturday for an event to remember: The Smithsonian National Museum of African-American History and Culture’s  Save Our African-American Treasures: A National Collections Initiative.

Dozens of local residents gathered during five spectacular hours to show off acquired remnants 0f our African American past, brought to the museum in shopping bags, fabric and, in one case, the wire basket of a bicycle.

There was a pair of gold-rimmed spectacles of James Hammond Frederick (great grandfather of a Bed-Stuy resident)nestled in a 19th century eyeglass case imprinted with the optician’s name (Dr. C.G. Thomson) and location, Barnwell, S.C., a photograph of Medgar Evers College professor Doris Withers’  family members posed on the lawn of their vast homestead; 1920’s hand-crocheted furniture coverlets with intricate embroidered pattern handmade in the nation of Colombia by Francesca and now in the possession of her great granddaughter, Carmen; box cameras, clothing items, coins dating back to 1886 and a 1917 dollar bill; newspaper clips, obituaries slave shackles on which Leon Stone successfully bid at auction; old books, including the cookbooks of the mother of Mrs. Rose Reeder, now over 80 years old —   all from a time long ago.

The project is part of the Smithsonian National Museum of African-American History and Culture’s ongoing quest to advise collectors and heirs on the preservation of artifacts, collections and heirlooms. 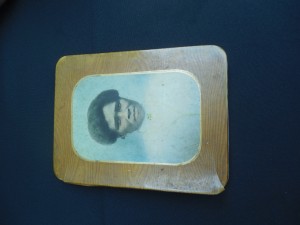 “Many of the items that can tell us about the experiences of African-Americas from the 19th century until today are in our homes, attics, basements and garages,” writes Lonnie Bunch, founding director of the NMAAHC project. “These objects still exist, but they are at risk … some have been forgotten and some are slowly deteriorating because of inadequate care.”

Thanks to Mr. Bunch, and his colleagues like Kinshasa Conwill, Radiah Harper, Esther Washington and Tracy Enright, a journey has become a national movement with families and individuals committed to “saving memories of ourselves”. “We are working to ensure that important relics … tucked away or long forgotten … are reclaimed and enjoyed for future generations.”

For Little Wing  Lee  (named by her parents after a Jimi Hendrix song), her family’s consistent ritual of giving prominence at reunions, gatherings and holiday observances to old letters, photographs and other items, yielded another plus of great current value: a career.   Ms. Lee, an interior designer works in exhibitions at the Brooklyn Museum, recalls going up to the attic to look at old things as a way of enjoyably passing time.  “We weren’t playing video games, back then”. While relics are not appraised at this project, the advice from experts will help to increase the long-term value of the treasured object. 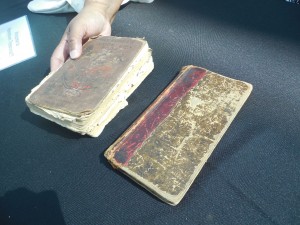 So how do you know what is valuable?  According to Mr. Bunch, “What is valued by you is valuable.  You are discovering something about yourself each time you find an item you may want to collect and preserve”. “Like any journey of personal discovery, let curiosity be your guide”.

The “Five Basics” that should be known about caring for your treasures are:

3. Keep objects clean and clean them with care.

4. Guard against insects and pests. 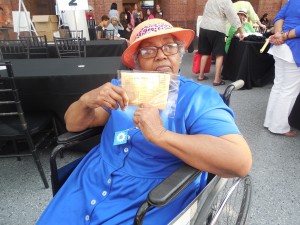 The Treasures program had its debut in Chicago, IL at the Chicago Public Library in January 2008.  For more information, visit the museum on the Web at nmaahc.si.edu