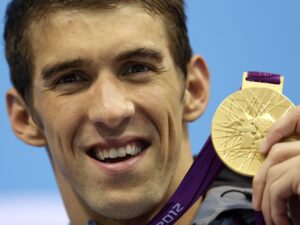 For almost 3 weeks, August 5 – 21, we will be bombarded with/by the Olympic Games. We North Americans get a break from the American blood sport, the pursuit of the American Presidency. It is a time to reflect and to witness American excellence. More than 10,000 athletes from more than 206 countries qualified for the Olympics competition. Close to 600 USA athletes qualified for the sports show of shows.   Michael Phelps, American Olympic Gold medalist swimmer and Usain Bolt, Jamaican Gold medalist, aka “world’s fastest man”, are the North Stars of the Games. They are the 2016 Olympics’ brands! It is good to see American Blacks on the swimming team and a Muslim-American woman fencer. An Israeli of Ethiopian heritage will participate in long-distance running.   Can an Ethiopian Israeli steal the thunder from East Africa’s great runners from Kenya and Ethiopia?

According to the US News and World Report’s Annual 20 Top Hospital’s in the Nation list, three New York hospitals made the honor roll.  They are NY Presbyterian University Hospital of Columbia and Cornell, NYU Langone Medical Center and Mt. Sinai. They are teaching hospitals.

There is a lot of buzz about Colson Whitehead’s new novel UNDERGROUND RAILROAD, which is set in antebellum America, about an enslaved African teenager who flees a Georgia plantation. The 8/2 NY Times Book Review was glowing, comparing Whitehead to every great writer in modern history.   Two days later, NYT ran a long piece about Whitehead, the genesis and creation of UNDERGROUND. The 8/7 NYT included a 16,000-word “Underground Railroad” excerpt/supplement, obviously a first. This book made Oprah’s Book Club. American culture has been inundated with stories, books, films about the real history of the United States, its origins and its original sin, slavery, during the Obama Presidency. I hope that this obsession with the holistic approach to American history does not come to an end on 1/19/17, Obama’s last day as POTUS.

The 4th Annual Bunengi AfricaSTEM Global First Ladies and Business Leaders Summit convenes at the INFOR Headquarters, located at 641 Avenue of the Americas in Manhattan on September 19, 8 am to 1 pm. SUMMIT theme is Entrepreneurship!. The Bunengi AfricaSTEM project focuses on recruitment and engagement of African girls into STEM culture. The summit always coincides with the new UN General Assembly session which begins in September.   The Infor Corporation, headquarters for the SUMMIT, is headed by African-American IT uber Executive Charles Phillips, former ORACLE co-president. [Visit bunengistemafrica.org]

Reginald Van Lee, Executive Vice President of Booz Allen Hamilton, the worldwide management consultant emporium where he specialized in international business and marketing strategies and the management of technology-driven companies, retired after a productive 32-year tenure. A philanthropist with interests in the arts and education, he co-authored the book, “Megacommunities – How Leaders of Government, Business and Nonprofits Can Tackle Today’s Global Challenges Together”. Reggie earned his BS and MS at MIT and a Harvard B-School MBA. He is a founding member of the Clinton Global Initiative.

Bill Rhoden, NY Times sports journalist extraordinaire, wrote his swan song column on July 24. Thought leader on the subject of sports, race and American culture, his column, “Sports of the Times”, was devoured regularly by sports enthusiasts and beyond. He wrote three books on sports, including the best-seller/classic, “40 Million Dollar Slaves: The Rise, Fall and Redemption of the Black Athlete”, which the Shadow League’s Alejandro Danois observes “is required reading for anyone interested in the sociology of American sports”. Rhoden worked at the NYT for 35 years, 26 of which were with the sports department berth. His journalist CV includes the Baltimore Sun and Ebony Magazine.

RIP: Alfredo Bowman aka Dr. Sebi, 82, died on August 6 in his native Honduras. Dr. Sebi spent years studying plants in the Americas, Caribbean and Africa, and developed a line of natural cell food products. He was an herbalist and natural healer who came to prominence in the 80s shortly after aggressive ad buys in NY mainstream and Black media. He alleged developing herbal cures and detoxification protocols for conditions like sickle-cell anemia, lupus, herpes, cancer. His popularity was the stuff of legends with celebrities such as “Left Eye” Lopes, Michael Jackson and Eddie Murphy’s mother Lillian Murphy seeing him for consultations.

JAMAICA, the Caribbean island in the sun, the former British colony, celebrates its 54th Independence Anniversary in NYC on August, 13. The official independence date is August 6.    The premier 2016 New York/New Jersey/Connecticut Jamaican Independence gala will be held at the Grand Hyatt Hotel, located at 109 East 42nd Street in Manhattan from 6 pm to 2 am.   It will be celebrated with much fanfare and brouhaha. The festivities begin with a cocktail reception and a silent auction, dinner awards ceremony and dancing.      A stellar group of Jamaica’s sons and daughters will be honored at the gala, including Michele Rodney, Esquire; Dr. Agoram Dike, Sadie Campbell and Sandra L. Richards. Future leaders, including Omar Hawthorne, LeRoi Wilson and Marbricio Wilson, will also be recognized. For reservations to the black-tie gala, call 631.374.7811 or 718. 802.8301.

A Harlem-based cultural historian, Victoria Horsford can be reached at victoria.horsford@gmail.com.