The Trouble with the Common Core

BY THE EDITORS
OF RETHINKING SCHOOLS

It isn’t easy to find common ground on the Common Core. Already hailed as the “next big thing” in education reform, the Common Core State Standards are being rushed into classrooms in nearly every district in the country. Although these “world-class” standards raise substantive questions about curriculum choices and instructional practices, such educational concerns are likely to prove less significant than the role the Common Core is playing in the larger landscape of our polarized education reform politics. 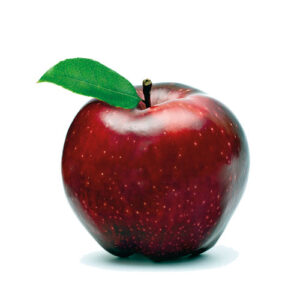 We know there have been many positive claims made for the Common Core:

That it represents a tighter set of smarter standards focused on developing critical learning skills instead of mastering fragmented bits of knowledge. That it requires more progressive, student-centered teaching with strong elements of collaborative and reflective learning.

That it equalizes the playing field by raising expectations for all children, especially those suffering the worst effects of the “drill and kill” test prep norms of the recent past.

We also know that many creative, heroic teachers are seeking ways to use this latest reform wave to serve their students well. Especially in the current interim between the rollout of the standards and the arrival of the tests some teachers have embraced the Common Core as an alternative to the scripted commercial formulas of recent experience, and are trying to use the space opened up by the Common Core transition to do positive things in their classrooms.

We’d like to believe these claims and efforts can trump the more political uses of the Common Core project. But we can’t.

For starters, the misnamed “Common Core State Standards” are not state standards. They’re national standards created by Gates-funded consultants for the National Governors Association (NGA). They were designed, in part, to circumvent federal restrictions on the adoption of a national curriculum, hence the insertion of the word “state” in the brand name. States were coerced into adopting the Common Core by requirements attached to the federal Race to the Top grants and, later, the No Child Left Behind waivers. (This is one reason many conservative groups opposed to any federal role in education policy oppose the Common Core.)

Written mostly by academics and assessment experts—many with ties to testing companies—the Common Core standards have never been fully implemented and tested in real schools anywhere. Of the 135 members on the official Common Core review panels convened by Achieve,Inc., the

consulting firm that has directed the Common Core project for the NGA, few were classroom teachers or current administrators. Parents were entirely missing. K–12 educators were mostly brought in after the fact to tweak and endorse the standards and lend legitimacy to the results.

The standards are tied to assessments that are still in development and that must be given on computers many schools don’t have. So far, there is no research or experience to justify the extravagant claims being made for the ability of these standards to ensure that every child will

graduate from high school, “college- and career-ready”. By all accounts, the new Common Core tests will be considerably harder than current state assessments, leading to sharp drops in scores and proficiency rates.

We have seen this show before. The entire country just finished a decade-long experiment in standards-based, test-driven school reform called No Child Left Behind. NCLB required states to adopt “rigorous” curriculum standards and test students annually to gauge progress towards reaching them. Under threat of losing federal funds, all 50 states adopted or revised their standards and began testing every student, every year in every grade from 3–8 and again in high school. (Before NCLB, only 19 states tested all kids every year, after NCLB all 50 did.)

By any measure, NCLB was a dismal failure in both raising academic performance and narrowing gaps in opportunity and outcomes. But by very publicly measuring the test results against benchmarks no real schools have ever met, NCLB did succeed in creating a narrative of failure that shaped a decade of attempts to “fix” schools while blaming those who work in them.

By the time the first decade of NCLB was over, more than half the schools in the nation were on the lists of “failing schools” and the rest were poised to follow.

In reality, NCLB’s test scores reflected the inequality that exists all around our schools. The disaggregated scores put the spotlight on long-standing gaps in outcomes and opportunity among student subgroups. But NCLB used these gaps to label schools as failures without providing the resources or support needed to eliminate them.

The tests showed that millions of students were not meeting existing standards. Yet, the conclusion drawn by sponsors of the Common Core was that the solution was “more challenging” ones. This conclusion is simply wrong. NCLB proved that the test and punish approach to education reform doesn’t work, not that we need a new, tougher version of it. Instead

of targeting the inequalities of race, class and educational opportunity reflected in the test scores, the Common Core project threatens to reproduce the narrative of public school failure that has led to a decade of bad policy in the name of reform.

The engine for this potential disaster, as it was for NCLB, will be the tests, in this case the “next generation” Common Core tests being developed by two federally funded, multistate consortia at a cost of hundreds of millions of dollars. Although reasonable people, including many thoughtful educators we respect, have found things of value in the Common Core Standards, there is no credible defense to be made of the high-stakes uses planned for these new tests.

The same heavy-handed, top-down policies that forced adoption of the standards require use of the Common Core tests to evaluate educators. This inaccurate and unreliable practice will distort the assessments before they’re even in place and make Common Core implementation part of the assault on the teaching profession instead of a renewal of it. The costs of the tests, which have multiple pieces throughout the year plus the computer platforms needed to administer and score them, will be enormous and will come at the expense of more important things. The plunging scores will be used as an excuse to close more public schools and open more privatized charters and voucher schools, especially in poor communities of color. If, as proposed, the Common Core’s “college- and career-ready” performance level becomes the standard for high school

graduation, it will push more kids out of high school than it will prepare for college.

This is not just cynical speculation. It is a reasonable projection based on the history of the NCLB decade, the dismantling of public education in the nation’s urban centers and the appalling growth of the inequality and concentrated poverty that remains the central problem in public education.

Nor are we exaggerating the potential for disaster. Consider this description from Charlotte Danielson, a highly regarded mainstream authority on teacher evaluation and a strong supporter of the Common Core: “I do worry somewhat about the assessments—I’m concerned that we may be headed for a train wreck there. The test items I’ve seen that have been released so far are extremely challenging. If I had to take a test that was entirely comprised of items like that, I’m not sure that I would pass it—and I’ve got a bunch of degrees. So I do worry that in some schools we’ll have 80 percent or some large number of students failing. That’s what I mean by train wreck.”

Reports from the first wave of Common Core testing are already confirming these fears. This spring students, parents and teachers in New York schools responded to administration of new Common Core tests developed by Pearson, Inc. with a general outcry against their length, difficulty and inappropriate content. Pearson included corporate logos and promotional material in reading passages. Students reported feeling overstressed and underprepared—meeting the tests with shock, anger, tears and anxiety. Administrators requested guidelines for handling tests students had vomited on. Teachers and principals complained about the disruptive nature of the testing process and many parents encouraged their children to opt out.

Common Core has become part of the corporate reform project now stalking our schools. Unless we dismantle and defeat this larger effort, Common Core implementation will become another stage in the demise of public education. As schools struggle with these new mandates, we should defend our students, our schools, our communities and ourselves by telling the truth about the Common Core. This means pushing back against implementation timelines and plans that set schools up to fail, resisting the stakes and priority attached to the tests and exposing the truth about the commercial and political interests shaping and benefiting from this false panacea for the problems our schools face.

Rethinking Schools has always been skeptical of standards imposed from above. Too many standards projects have been efforts to move decisions about teaching and learning away from classrooms, educators and school communities, only to put them in the hands of distant bureaucracies. Standards have often codified sanitized versions of history, politics and culture that reinforce official myths while leaving out the voices, concerns and realities of our students and communities. Whatever positive role standards might play in truly collaborative conversations about what our schools should teach and children should learn has been repeatedly undermined by bad process, suspect political agendas and commercial interests.

Unfortunately, there’s been too little honest conversation and too little democracy in the development of the Common Core. We see consultants and corporate entrepreneurs where there should be parents and teachers, and more high-stakes testing where there should be none. Until that changes, it will be hard to distinguish the “next big thing” from the last one.