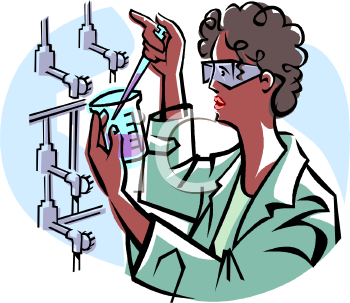 Many years have passed since the Clinton Administration failed to promote a universal health care approach to a system direly in need of revamping.  After decades of proposal and defeat, it is clear the American health care system is broken.  Instead, the health care system as many Americans know and understand, has been allowed to continue promoting an ineffective, outdated business model where profit supersedes the needs of patients.  What has been forgotten: the average American family.  Out of all Western nations, we pay the highest out-of-pocket costs for health care.  What should be an inalienable right has become a privilege and a luxury many worry will be in jeopardy.

Now the Obama Administration falls under scrutiny for living up to a campaign promise of tackling the health care issue.  While some consider Obama a socialist for facing social issues head-on, and many do not agree with his methods, others respect his focus upon the concerns of everyday Americans.  There is so much bad press about the Health Care Reform Bill of 2009, but still many admire his tenacity.  Still, there is much confusion; misconception about what the reform entails and how such an undertaking, while ambitious can be made possible.  Many remain doubtful and question how a “public’ option” will not mean an invasion of privacy.  One silver lining: As the controversy continues, at least people are talking regardless of political affiliation, statehood or economic status.

Fact one: this issue of health care reform is complex, emotional and fiscal.  While the existing system remains broken, should it not be fixed but instead replaced? Why not start over with a different blueprint?  Below, I will explore the complexity of this issue where so much is at stake for every American and the human right to quality care.

There are two separate issues at hand here that many consider only one.  There is the issue of insurance and the issue of quality health care.  They seem to become one and the same.  While each American should have the right to affordable health care and insurance that covers every need, at what cost? How is it possible Obama’s proposal can meet all the needs of every American when we are so diverse in ideology?  The way the current system is set up burdens every American but primarily the lower working class.  It impacts many living pay check to pay check and families struggling with economic blight.

Most people will agree unless you have a secure job with excellent benefits, this issue of reform impacts your family.  Still, the main issue is how the existing system is set up.  The broken health care path puts the power in the hands of insurance companies.  Why is it as Americans, we are the only Western nation where this happens, where the insurance company has power over health care decisions?  What do insurance companies know about health care? Many conservatives also know the system cannot continue as is but disagree that a “public option” is the answer. They believe it will end the public’s ability of making a “consumer” choice of which plan to buy.  They want people to have a choice at a reasonable cost where health care is not in the hands of the insurance company but the patient and his or her doctor.  Why does this sound like a pipe dream?  Because this idealistic view also sounds like a PPO and how many average working-class families can afford that type of coverage?

Another obstacle facing reform from a national perspective is the notion of state policy-making.  Each individual state has the option of creating and providing a state-funded health care program in conjunction with participating insurance companies.  This carries forward the archaic system except it puts the power in the hands of the state government to decide which citizen is qualified and meets the state guidelines.  Many state programs at this time fail to insure every citizen especially those that make too much money to qualify for Medicaid but also do not make enough money to afford the state-funded program.  It is quite a catch-22.  On top of the state issue, many Americans fear the concept of socialized medicine.  They have visions of an extra long line at Motor Vehicles.  While socialized medicine works in countries like Denmark and France, those countries populations fail to be an adequate model.  Other countries like the United Kingdom are finding the National Health System (NHS) has not grown with modern times or the needs of the population and many citizens there also purchase supplemental insurance to see the best of doctors.

When discussing health care reform, there are many perplexing elements at work and many to consider for the whole of the nation.  As much as every American should be treated equally, many Americans see themselves within the class system.  Should status be a factor?  The conservatives do not think the upper class should bear the financial burden of such reform.  In other words, someone should pay for the reform but if they have anything to say, it will not be the upper class.  Since the middle class has all but disappeared, who does this leave, the already-burdened working class and the poor?  How does Obama’s proposed reform cover these issues for the sake of every American? Below is a summary of highlights putting into layman’s terms the over-thousand-pages long of proposed legislation.

The Reform Bill wants to take what works right in the present system and merge these characteristics into the new system.  Most Americans are concerned with the first two elements of the reform: Coverage and Affordability. The other issues explained (Shared Responsibility, Controlling Costs, Prevention and Wellness,
Workforce Investments) seem to focus upon how the reform will be carried out with regard to infrastructure and creating protected consumerism of health care and insurance.

Here, it is thought that by creating a stronger network of providers for prevention and service at the community level, this will allow the new system to eliminate fraudulent and redundant activity, implement a paperless system and promote knowledge-sharing.  This, in turn, promotes job creation but also sets into place options for company owners (mostly small business owners who will benefit more) and implements a standard for accountability and responsibility toward health care quality by taking it out of the hands of the insurance company and spreading the responsibility between individual, employer, and government agencies.

It is believed here, this has fallen under the most criticism because many think this also opens up the arena to inappropriate information sharing or issues of privacy.  While September 11, 2001 has changed the notion of privacy for everyone in this country, it should be noted that existing HIPPA laws would stay intact to protect health privacy of every citizen.

Finally, to summarize Coverage and Affordability, to address what is on the mind of every citizen; what is the “public option” and how does it impact my life? In the spirit of providing health coverage for every American, the public option allows everyone the option of enrolling in the government heath care benefit program.  In other words, the same medical benefit each government employee receives as part of his or her benefit package will also be an option for everyone else.  As many are misinformed and believe the public option to be an improved version of Medicaid, it is not.  After speaking with a number of federally employed people, both military and other sectors, it seems this is very good insurance coverage, on par with a private PPO.  However, it is my understanding that this is just one option of many being presented as a part of the Health Insurance Exchange.  What this aims to do is work in conjunction with private insurance companies, the government, individuals and employers.  This exchange is meant to oversee consumer protection and fair prices allowing every family coverage. Finally, this bill allows every American the guarantee of coverage despite pre-existing conditions that may have disqualified or limited many in the past.

Obama’s plan is wonderful in theory but can it be put into practice as the new health care system?  Will it die because of too much bureaucratic red tape? Will the American people continue to be raped by insurance companies?  The private insurance companies are not going down without a fight.  They will protect the money-making machine at all costs.  Quite frankly, it is a matter of replacing the whole industry and this will take stronger legislation and solid, voiced leadership starting at community participatory level. Part of the issue with the Obama message and plan for reform is that people are so used to ineffective communication from previous administrations that they do not know how to handle such a debate.  Every American must voice his or her story.  Without this mob scene, any change will remain ineffective.