The Parent's Notebook: The “Batman Killer” Illustrates Why Being Smart Is Not Enough, Our Kids Must Be S.M.A.R.T. 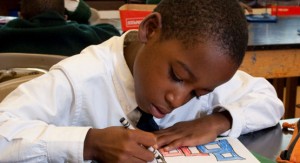 America was in shock after last week’s shooting of dozens in a Colorado movie theatre.  Each time there is an extreme display of violence, everyone (rightfully) goes into a frenzy about the lack of respect for human life shown.  However, when we are inundated with imagery and messages about fame and fortune being life’s goal, we see people dismissing communal values and respect daily.  Mottos such as “Get Rich or Die Trying” captures the value system that engulfs far too many minds today.  Playgrounds were the sites of a  three-year- old  being shot over a week ago and this past Sunday a four- year-old was fatally shot in the head.   This is happening more and more frequently as young people are undergoing an education that has nothing to do with realizing and strengthening their innate abilities and building better communities.  The suspected Colorado gunman came from a financially well-to-do family and was a former PH.D candidate.  This is a clear demonstration that rearing children by merely providing physical needs and pursuing good grades in school is just not enough.

When someone is referred to as “smart”, we are usually referring to a very limited definition of intelligence.  Howard Gardner’s theory of Multiple Intelligences shows the range of human faculties and cognitive abilities being exhibited.  In the educational system, only two of the nine intelligences are emphasized.  Schools and society as a whole place value on the verbal/linguistic and the mathematical/logical intelligences, deeming those who are strong in these intelligences “Smart.” But Smart is not a destination; it is a tool and if the destination is not attached, then “Smart” can be co- opted by any external force.  The intelligences must be declared and cultivated for a greater goal, one that is bigger than the individual.  Children are not too young to participate in the project of making their families and communities better.

A system that marginalizes many talents and considers education as having to learn what is advantageous for merely obtaining a job, contradicts the theory of developing one’s natural faculties and talents.  No wonder so many are dependent on companies to acquire a job instead of seeing education as a means to independently act and affect change.  We need to nurture S.M.A.R.T. kids, kids who are Self- determining, Motivated, Achieving, Responsible and Team-oriented.  Evelyn Fernandez shares how her two teenagers collaboratively create Stop Motion Lego Videos and get paid by their sponsors for every view they receive. These are young minds who are meeting a demand by using their talents instead of acquiring skills that will hopefully be used one day.  Israel Cameron shares that his three-year-old sings in front of large audiences and loves learning to swim. These activities, he says, creates balance and enhances her social skills.

Most parents appreciate playground time and other activities, because it gives their children an opportunity to develop their bodily/kinesthetic (physical skill) and interpersonal intelligence, which is the ability to work with and be perceptive of the moods and feelings of others.  Many schools now focused on collaboration, realize that students who learn to work well with others become adults who understand the importance of a society that works for all.  Also, realizing that collective intelligence is needed to solve the world’s most challenging problems, the “smart” individual is rendered useless.

Establish the S.M.A.R.T. program at home – Begin by holding a family meeting allowing each member to express the changes they’d like to see in your home. Be sure to have them state desired results, i.e., each family member having adequate time in the bathroom, not singling out individuals to criticize. We can break the practice of “Compare and Compete” which causes friction and prevents unity in families and the community at-large. Within this setting, each family member should discover their dominant intelligences, allowing them to see what they share with others and allowing all to learn and appreciate the skills that are available for home projects.

The S in S.M.A.R.T. is key.  Self-determination requires a sense of self-esteem.  From birth, acknowledge their abilities, actions, accomplishments and efforts.  This encourages self-confidence encouraging them to try new things.  Home is crucial in developing self- awareness and appreciation.  It is here that differences can be appreciated and used to problem-solve.  It is here that Cornel West’s quote, “Different doesn’t mean inferior”, can be internalized.

Contact: parentsnotebook@yahoo.com for Multiple Intelligence tests and outline for starting S.M.A.R.T. stating the ages of children.   Visit The Parents Notebook on Facebook @ www.facebook.com/TheParentsNotebook