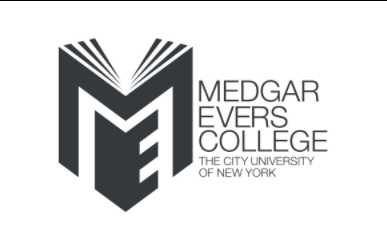 On Saturday, April 22, 2017, the Community Council for Medgar Evers College hosted its Annual Spring Scholarship and Leadership Awards Luncheon. It was a gathering of Brooklyn’s leadership from all communities of Central Brooklyn. Leadership awardees and their   supporters from all aspects of community governance included representatives from education, law enforcement, judicial, business, ecumenical […]Read More

By Mary Alice Miller An overflow crowd gathered at Medgar Evers College to welcome Dr. Joy DeGruy back to Brooklyn. They came to hear an update of her internationally acclaimed cultural theories of healing intergenerational trauma among African-Americans. Dr. DeGruy did not disappoint. Audience laughter and applause punctuated Dr. DeGruy’s journey through her ground-breaking research […]Read More

About a hundred Crown Heights residents last week rejected a proposal to turn Crown Street into a  quad for Medgar Evers College. The forum, held at the Full Gospel Assembly Church, brought out a vocal crowd as well as local elected officials.     The plan that college officials are flouting would see the closure of Crown […]Read More

Guidance was given to the graduates  from Markowitz, who said: “Never be in debt, always be on time, only by  listening  can you  truly understand and when you believe in yourself all things  are possible.” Bloomberg expressed his pleasure and gratitude to witness a diverse group of graduates and collective family members  accepting their graduation […]Read More

Build Atlantic yards in Bedford-Stuyvesant     If developer Forest City Ratner (FCR) wants to prefabricate all planned 16 high-rise buildings in his $4.9 billion Atlantic Yards project tat’s fine with me as long as most of the factory work stays in Brooklyn. And a good place to start looking for a site to build modules components […]Read More

Battle For the Soul of Medgar Evers College

“This is Mathew Goldstein, the Chair of CUNY, trying to take control of Medgar Evers” said councilman Charles Barron at a city Hall steps press conference called by the The Medgar Evers College Coalition for Academic Excellence and Mission Integrity. “He hired a puppet to do the work he couldn’t do, previously, as chair of […]Read More

Writers Call For a Resolution to the Situation at Medgar

As writers and educators who have participated in literary programs at Medgar Evers College, we have viewed from afar its situation with deep concern.  Medgar Evers College has long been known for its tradition and legacy of providing an educational and cultural haven for the preservation, study and celebration of the heritage, arts and traditions […]Read More

Clarification of Non-reappointments at Medgar Evers College Erroneous statements have been made, and reported on by the press, concerning three distinguished faculty members who were not among the adjunct faculty not reappointed. The Honorable Major Owens, one of the founders of the College, a distinguished public servant, and a strong asset to our students, was […]Read More