This week’s “Street Talk!” question is: “Do you think President Donald Trump’s proposed policies will have any affect on your life?”
A semiretired educator who declined to give his name said: “Trump wants to claim the health care program, instead of Obama. Plus, he’s trying to put a totally unqualified woman to head education. He wants to bust unions, and without unions, there is no strength for the working class. I did what I could do by voting in the last election. I feel the election was rigged.” 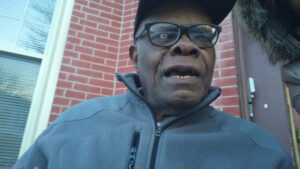 This teacher was referring to Betsy DeVos, who was barely confirmed as Secretary of Education. She needed Vice President Mike Pence’s vote to win confirmation by 51-50. The vice president is allowed to cast a vote in case of a tie in the U.S. Senate.

An administrative supervisor for the New York City Police Department (NYPD) who also would not give her name had a different slant on what the Trump Presidency portends. She said: “I was told that Trump had proposed to take away the earned-income credit, and people with children would pay more taxes. This would hurt the middle-income people. This is my biggest fear. As a city worker, I am afraid of the potential for union-busting since I have many years of work left.”

The unions supported Hillary Clinton in the presidential election and this NYPD employee’s concern is understandable. Trump hasn’t yet revealed his tax plans beyond claiming that there will be tax cuts for everybody. He did say corporate taxes will decline to 15% from 35%, which raises the question how government would pay for social programs leading to fears of drastic overboard cuts.

An MTA worker who is a father of an eleven-year-old had this to say about the impact of the Trump Presidency: “I might not see it immediately, but in the future. Like that Education Secretary that he appointed. She appears not to know her thing, and since my daughter is in school, it could have an affect on the way her school is funded. I am quite sure it will have some kind of affect. That’s one thing. The travel ban has been lifted, but it’s still temporary. What affect will that have in the future if it’s reinstated? I definitely see his policies affecting us in a negative way more than anything else and you got to think about the business aspect of it. He’s hiring his business buddies to pretty much run the White House. So yeah, it’s definitely going to affect us, in one way or another – it being taxation – certain budget cuts and social programs. It’s already bad in schools and there are no more music programs – there’s nothing out there, so it will definitely affect us.”

Yet, not everyone is pessimistic about Donald Trump’s plans. A Cuban-born Brooklyn resident, Frederico Scott Pryce supports the Trump agenda: “I have been living in Brooklyn for the past 47 years, and I believe that Trump is a great man and will do great things for America. Most of the jobs in America have left due to the policies of the big corporations, and Trump is trying to bring back the jobs, so that is good for America. What is good for America is good for everybody.

Trump is a businessman, and he is for the money. So, if he can make money for America, I think that’s great. A lot of Blacks don’t support Trump. They say he’s racist, but he ain’t racist. If he can share the stage with Kanye West, Steve Harvey, all those guys – nobody else dragged Blacks up there. He wanted to show the Blacks so we can see what he can do. Chicago has the biggest murder rate. Obama didn’t do anything about it but Trump said, “If you don’t clean up Chicago, I’m going to send in federal troops”. And you say he’s a bad man and a racist – I don’t think so. Like Trump said during his campaign, “With bad schools, poverty and high crime – what do you have to lose?”
Every week reporter Carolyn Jenkins prowls the streets of New York posing a new question to people in the community. Send any comments to contact@guerrillajournalism.co.