Brooklynites first became aware of Hynes when he was special prosecutor during the Howard Beach incident. Since then, Hynes – as district attorney for 24 years – has created a number of programs designed to assist people of color returning from prison. Voters in communities of color might have assumed that Hynes is sensitive to diversity and reentry. 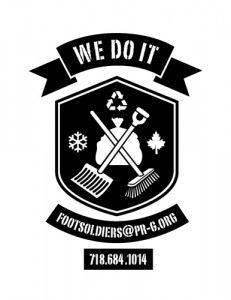 Last week during a press conference announcing the arrest of a Black man who sold multiple guns to undercover officers a reporter asked Hynes where in Brooklyn does the gun smuggler live? Hynes answer: “Are you talking about my opponent?”

“We made a conscious decision as community leaders, residents, elected officials and activists to bring Brooklyn together,” said State Senator Eric Adams who looks forward to becoming Brooklyn’s next Borough President. “It should not be torn apart by any electoral season. Some of the horrific flyers showing Black men in handcuffs being posted throughout our borough, some of the comments comparing a prominent attorney as Ken Thompson to a gun dealer is unacceptable,” he said. “We expect a better campaign from (Hynes) and his staff and advisors.”

“We call for the district attorney to apologize for the comments made comparing Ken Thompson to a gun dealer,” Adams explicitly said. “The negative and nasty campaigning must cease.” Adams made it clear that Brooklyn Democratic leadership is not being oversensitive. “It is the spirit of the Republican Party attempting to divide along racial lines,” said Adams. “We are saying, ‘No. Enough is enough.'”

“This is about civility in politics. District attorney is a unique position. They are held to a higher standard,” said Brooklyn Democratic County Leader Frank Seddio. “Sometimes in the heat of a race things are said and if they are said and a mistake was made, an apology is due,” Seddio said. “Divisiveness has no place in Brooklyn. Rhetoric that serves no purpose other than to besmirch another candidate serves us all in a bad fashion.”

“Charles Hynes betrayed his party and the people of Brooklyn when he aligned himself with extremist GOP rhetoric. He has implicitly gone further by trying to divide Brooklyn along racial lines,” said Assemblyman Walter Mosley. “We are going to deflect all weapons of hatred and bigotry.”

“It saddens me that I have to demand an apology from the highest-ranking law enforcement person in the Borough of Brooklyn,” said Norman Seabrook, president of the NYC Corrections Officers Benevolent Association. “Anti-Semitism, hatred, discrimination has no place here.”

“What does it say that our chief law enforcement officer for our borough would fall so far as to disrespect the basic idea of equal justice under law, to resort to divisive tactics that divide our communities against each other?” said Council member Brad Lander. “D.A. Hynes’ general election campaign is premised on an unfounded allegation largely designed to scare white people.”

“If you want to be an elected official, have public responsibilities, and you are in a public forum and make a joke that doesn’t take into account the sensitivities about how Black men are viewed in this society, in media, and many of us who believe we are viewed by police officers that is dangerous,” said Council member Jumaane Williams. “I believe I was arrested at Labor Day because of how I looked. In the job you are seeking you must take into account what you are saying because they have many ramifications beyond the joke, if it was a joke.”

Seddio believes Ken Thompson will win. “And when that happens there needs to be an orderly transition when that occurs,” he said. “We need these two men to answer to a higher source.”