Picking up The BEAT … 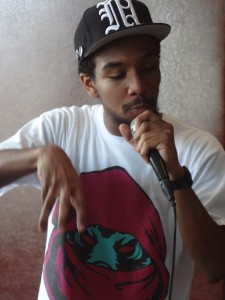 The BEAT Festival (Brooklyn Emerging Artists in Theater), the borough’s first festival to showcase the borough’s emerging artists in theater, dance, and voice  will be held from September 12-23, featuring an all-star lineup of cutting-edge performing artists – artists from Brooklyn, in Brooklyn, for Brooklyn – performing at venues in every corner of the borough. All general admission tickets are $20, with festival passes and VIP packages also available at www.BEATBrooklyn.com.

This year’s all-star lineup includes: in theater, Lemon Andersen, Elevator Repair Service, Radha Blank, The Irondale Ensemble and Theater Group Dzieci; in dance, Noémie Lafrance, Creative Outlet Dance Theatre, Marshall Davis Jr., Kimberly Bartosik/daela, and Courtney Giannone; and in voice, American Opera Projects & Opera On Tap, and Ishmael “Ish” Islam.
Among the performances are two Brooklyn artists who are debuting their work in Brooklyn for the first time. Lemon Andersen will perform his one-man show “County of Kings” – first presented by Spike Lee at the Public Theater in Manhattan –  in the borough where he was born and raised, and that inspired this biographical account of a kid who had to find his way after losing both of his heroin-addicted parents to AIDS.

Elevator Repair Service, a nationally renowned theater ensemble, will also make their Brooklyn debut with a performance of “Shuffle” at the Brooklyn Public Library.  This multi-media performance installation uses an algorithm to feed portions of classic texts like “The Great Gatsby” and “The Sun Also Rises” to iPods held by the performers as they are sent to diverse areas of the performance space. There is no traditional divide between players and audience in this piece; the audience and actors are side-by-side as the performance spontaneously happens amongst the stacks.

“Many of these performers have had the experience of performing internationally to large audiences, but have had little to no opportunity to perform in Brooklyn for Brooklyn residents,” says artistic director Stephen Shelley. “BEAT creates a platform to celebrate what is already here: extraordinary world-class performers who stand as the greatest innovators of the performing arts.”

“Brooklyn is the Creative Capital of New York City, with more artists, dancers, singers, writers and other ‘creative types’ per square inch than just about anywhere, and it’s because of innovative ventures like the BEAT Festival that our borough’s scene continues to thrive and grow,” saysBrooklyn Borough President Marty Markowitz.