Philip Henry Goldman, Jr., a treasured member of his Brooklyn community, departed to join his God and his ancestors on August 28, 2019. Born on February 4, 1934 in Bedford-Stuyvesant, he was the firstborn child of the late Philip Goldman Sr. and Martha Jeffress Goldman. They were both originally from Philadelphia, but they agreed that Brooklyn was the place for them and moved here right after marrying.  He was very close to his sister, the late Marcia Goldman, born just a year after him. 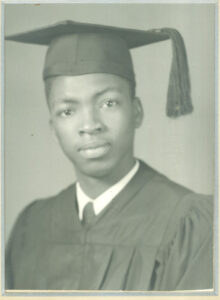 Having joined Concord Baptist Church at age 10, Goldman became a member of its Sunday School Boy Scouts League. Among his childhood friends were Black Enterprise founder Earl Graves Sr. and the late political and cultural leader Sam Pinn. He and Marcia attended P.S. 26, which, at his request, will soon plant a magnolia tree in honor of his sister, the former valedictorian.

Goldman later went on to Franklin K. Lane High School, where he met former Assemblyman and City Councilman Al Vann, who said of him, “I think of Phil as a Christian, a gentleman, a good human being; a very intelligent individual, who loved and honored his mother and sister.”

Philip Goldman grew to be a caring warrior who used talent, strategy and a strong work ethic not only to advance his career and business interests, but also to benefit his community. He met challenges with the controlled energy and conviction that were prime tools in his arsenal of personal power. He was reportedly a graduate of New York University, earning a degree in electrical engineering. Later, after a tour of duty in the U.S. Army, Mr. Goldman returned home to enter a career in business. He rose from a consultant at Keystone Business Control to become a vice president. Later, as a marketing and licensing executive for Viacom Enterprises, he worked on securing the first syndication rights for The Cosby Show in a $22-million-dollar deal.

Co-owner of Walterios, a locally famous 70s disco club, Goldman also was a consultant for the American Society of Mechanical Engineers and was best known for his various areas of public service over many years.  He was County Committeeman for the 43rd Assembly District and president of the district’s New Frontier Democratic Club. As a member of The William M. Moss Brotherhood, Goldman helped to fulfill the organization’s commitment to creating education opportunities for young students and giving scholarships to high school graduates. He also served as a volunteer at his church’s clothing exchange for years.

“He counselled the men and helped them select clothing,” said Mabel Robertson, director of the Concord Christhouse Clothing Exchange. “He was a gentleman, a most helpful, reliable and always punctual volunteer.”

Leila Eugenie Haynes, a charter member and past president of the Brooklyn Kings County Lions Club, said, “Over the years, Lion Phil served his club on several committees, was president for two years and was also District 20-K1 Zone Chairperson, overseeing at least five Clubs.  Along the way, Lion Phil acquired several distinguished-service awards, among them being the Melvin Jones Fellow – the highest award given to a member. He was a formidable leader whose services will be missed. May he rest in peace.”

Goldman and his sister Marcia were also longtime supporters of the Magnolia Tree Earth Center of Bedford Stuyvesant and Phil was the only private funder of MTEC’s Project Green in 2018.

Mr. Goldman is survived by his loving paternal aunt, Mrs. Thelma Steele, 104, a former Brooklynite, now in Decatur Georgia. He will be remembered with fondness and admiration by a host of colleagues and community partners and friends.  By Maitefa Angaza

Next week’s issue will