On The Right Track: On the Road to the London Olympics 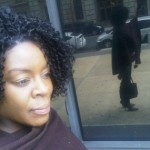 It’s an Olympic Year and everybody is anxiously awaiting the start. However, before we go there, there is a process we must adhere to and that is the Olympic Trials. People have asked me how do you make the team and I always stated that the year prior to the Games such as the World Outdoor Championships is a good indicator of who will make the team a year later. WRONG! I realized this scenario is not entirely correct.

Take for example, Sanya Richards-Ross who last year had a culmination of ups and downs in the 2011 World Championships finishing 7th place in the 400 m in a time of 51.32 but ran 50.18 (world leading time this year) in her first race last week and a wind-aided 10.89 in the 100 Meters. This seems to negate my previous statement.

Here is how this works: The Trials are from June 22nd – July 1st at the Hayward Field University in Eugene Oregon. Each individual race selects the top 3 to make the team. In the 100, 200 and 400, the USA can select all 8 members to make up the pool for the 4×100 and 4×400 Meter Relays. The alternates that place 4th – 8th place can run in the earlier rounds such as the heats & semis to support the teams to make the finals. The catch is that in the semi-finals at least 2 individuals that will be on the final team also have to race. Usually the USA Team Head Coach can discuss with other members who those individuals will be. If the team medals than the other supporting team members also get the same medal as the final team members.

This was initiated at the 1984 Olympic Games when it was discussed that if an alternate competed to get the team into the final then they should also be rewarded the medal. I look back at my Olympic days and remember the 4×400 in Seoul Korea. It took the Soviet Union to break the existing world record to defeat us. Our team was made up of Denean Howard (49.7), Diane Dixon (49.2), Valarie Brisco (48.5 and the late Flo Jo (48.1). The USA Olympic Team in Korea has held this American record since 1988.

Flo-Jo had just competed in the 4×100 Meter Relay 20 minutes prior to this. She literally jogged down the track to get her warm-ups and came to meet us at the check-in. The camaraderie of our team was amazing and to represent your country in front of billions of people is a breath-taking unspeakable moment that is indescribable.

What a memorable moment that was. My only regret is that You Tube, Twitter, FaceBook and other social media outlets were not present and therefore it is hard to locate some of my races such as the 1991 World Indoor Championships where I broke the American Record in the 400 in 50.64 and became the first American Woman to do so. Gail Devers followed in 1993 to win the 60 Meter Dash.

In the 200/400 double only two women have won Olympic Gold medals in both races in the same year: Valerie Brisco-Hooks in the 1984 Summer Olympics in Los Angeles, and Marie-José Pérec, in the 1996 Olympics in Atlanta. Only one male athlete has done this which was Michael Johnson in the 1996 Atlanta Games.

The Penn Relays
The oldest and largest track and field competition in the United States is the Penn Relays and they are held April 26-28 at Franklin Field in Pennsylvania. High schools, colleges and the USA versus the world come out to compete. Most athletes consider this to be a prelude leading up the Olympics. The men’s 4×100 Meter Relay with Mike Rodgers, Justin Gatlin, Doc Patton, Walter Dix won the event this year in 38.40 and the women followed them with the win with Tianna Madison, Allyson Felix, Bianca Knight, Carmelita Jeter in 42.19.

Sports Tidbits
Look for our exclusive-filled Olympic Trials coverage leading up to the London Olympics and for my exclusive blog for the London 2012 Independent newspaper.

Exercise/Healthy Tidbits
Every week I will be adding to my healthy tidbits:
Balance your food choices – don’t eat too much of any one thing.
You don’t have to give up foods like hamburgers, french fries and ice cream to eat healthy. You just have to be smart about how often and how much of them you eat. Your body needs nutrients like protein, carbohydrates, fat and many different vitamins and minerals such as vitamins C and A, iron and calcium from a variety of foods. Balancing food choices from the Food Guide Pyramid and checking out the Nutrition Facts Panel on food labels will help you get all these nutrients.
Eat more grains, fruits and vegetables.
These foods give you carbohydrates for energy, plus vitamins, minerals and fiber. Besides, they taste good!

Try breads such as whole-wheat, bagels and pita. Spaghetti and oatmeal are also in the grain group. Bananas, strawberries and melons are some great tasting fruits. Try vegetables raw, on a sandwich or salad.
Eating & Exercising! It’s MY LIFEStyle LifeFITNESS For more information or questions, please contact dd@dianedixonfoundation.org.