…PLUS, in the spirit of Shirley Chisholm, the opportunity to raise your voice and take part in “Talking Transition,” an open conversation where you get the chance to share your ideas and opinions about the future of New York City with Mayor-elect Bill de Blasio. 361 Lewis  @ Macon St. 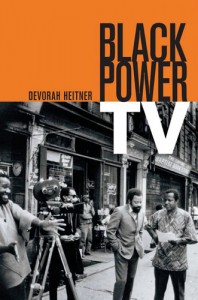 Thru December 15, 2013. Housewarming: Notions of Home from the Center of the Universe at BRIC Arts | Media House. This inaugural exhibition will act as a celebratory “housewarming” of BRIC’s new 40,000-square-foot multidisciplinary arts and media complex located at 647 Fulton Street in the Downtown Brooklyn Cultural District. The exhibition explores the concept of “home” from a number of broad vantage points. Eight of the 12 artists featured in the exhibition will present works commissioned by BRIC. Njideka Akunyili, Esperanza Mayobre, Keisha Scarville and Rafael Vargas Suarez are among the featured artists in the exhibition curated by Elizabeth Ferrer, curator and BRIC’s Director of Contemporary Art. Call for hours. Admission to BRIC’s gallery is free.  Call for hours (718) 855-7882.

Noisy in the Next Room, Danny Simmons’ solo exhibition of new work at Restoration’s Skylight Gallery speaks to the heart and soul of human existence, providing a dramatic and compelling bridge between the past and now, we are asked to imagine a future where hope and revival are commonplace. His paintings operate on multiple levels of perception, employing commonplace practices of repetition and erasure, urging you to abandon the notion of up and down. The exhibit kicks off the 2013-2014 season of The Skylight Gallery. Hours: Wednesday – Friday 11am- 6pm, Saturday 1pm – 6pm. For information, call 718-636-6949.

Thru January 11, 2014. The Games We Played, a nostalgic revisit through art to the street and board games played by young people and families back in the day, is an art exhibition at House of Art. While some games occupied the entire sidewalk, other games took up the whole street. There were also classic games played indoors when households still had family game night. This exhibition will showcase a diverse group of emerging-to-established artists with a multitude of genres featuring Guy Stanley Philoche, Jamel Shabazz, Dan Ericson, Charlotta Janssen, Leroy Campbell and others. 408 Marcus Garvey Blvd.