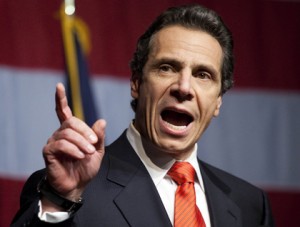 State Supreme Court Judge Joan Lobis this week upheld an arbitrator’s ruling that the city lacks the authority to remove roughly 3,600 teachers, administrators and other staff from 24 low-performing schools.

The removal of the city workers would make the city eligible for $58 million in federal education funding.

The city said they would appeal, but this won’t affect staffing for the upcoming school year because there are no Appellate Division hearings in the summer. Last week, the city sent letters to teachers telling them they would have their jobs again in the fall.

Governor Andrew Cuomo last week signed legislation allowing the creation of charitable organizations in New York State to post up to $2,000 in bail for low-income defendants charged with misdemeanor crimes.

“This is a very important piece of legislation,” said Crown Heights Assemblyman Karim Camara. “Too often, innocent individuals must deal with the consequences of a guilty plea because they cannot afford bail, one serious flaw in our criminal justice system.”

Fort Greene Assemblyman Hakeem Jeffries said the new law will aid the tens of thousands of New Yorkers caught in the explosion of misdemeanor arrests over the last decade, especially for small quantities of marijuana.

Brooklyn now has the second-highest unemployment rate in the state. A year ago – in June 2011 – the rate was 9.7%.