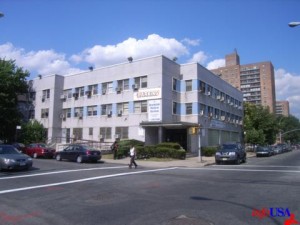 MediSys Health Network, the team that managed Brookdale Hospital for 12 years, is gone. After months of disentanglement, the divorce from Brookdale officially took effect last week. Brookdale Hospital is now an independent entity. The separation was a longtime coming, prompted by the MediSys chairman’s federal conviction on bribery charges and a federal acquittal for Assemblyman William Boyland, Jr. on corruption charges related to MediSys. MediSys’ leadership, including Brookdale’s previous chief executive officer and chief financial officer, departed in April 2012 when Mark E. Toney was appointed by Brookdale’s Board of Trustees to lead restructuring of the organization.

The separation from MediSys “turns the page on a new chapter for Brookdale,” said Mark E. Toney, Brookdale President and CEO. “When we started this process in April, our goal was to ensure a seamless and comprehensive separation while remaining focused on patient care and our commitment to our Brookdale physicians and employees. This important step, one of many we are taking in this difficult turnaround, puts us closer to fully controlling our future. We appreciate the support of all parties, including the New York State representatives, the local elected officials and our physicians and staff.”

“We are very optimistic about the future. This is an important turn-around,” said state Senator John Sampson, whose 9th Senatorial District includes Brookdale. “We have come a long, hard way in keeping the hospital open because it is critically important to local residents. This is a step in the right direction.”

The state had recommended that Brookdale’s Board of Trustees hire a crisis management team because Brookdale “was in such a state of flux”, said Phoebe Layne, Dir. of Community/Government Affairs for the hospital. The Board of Trustees chose Grant Thorton, a large accounting firm, to come in and restructure with Toney leading the team.

Toney is directing an audit of all areas of the hospital. The building exterior has been steam-cleaned and all lighting around the perimeter of the facility has been replaced. Toney is stressing quality care with respect, dignity and integrity. There has been a “wonderful improvement in staff attitude and patient care”, said Layne, who has been with the hospital for 16 years. “We feel good about our future.”

Particular emphasis has been placed on upgrading the hospital’s emergency services. According to Layne, the transition team is hiring doctors, nurses and critical care employees in the emergency department.
Toney is also reaching out to the community via a series of information sessions sponsored by Brookdale’s Community Advisory Board. The first took place in August at a school in East New York. He is planning a second for Brownsville in October.

“He is looking to be transparent in the community and stave off any fears about Brookdale Hospital and its viability,” said Layne. “That’s a good sign. The employees are not as apprehensive as they were before. We see a brighter future.”

Assemblyman Nick Perry is also optimistic. “So far, things have gone more positive than initially anticipated,” said Perry. But there are challenges. “Brookdale is not yet secure,” Perry added. The hospital still has a very high debt burden that has to be dealt with. Perry said that based on how Toney has been moving forward he seems to have a good sense of how to get the job done. “He needs a lot of help from the state. We’ll be going into the budget – dealing with a new state budget shortly. I am looking forward to having serious discussions with the governor and my colleagues to shape a good, solid future for the hospital,” said Perry. “We need to keep Brookdale open and that is what we are going to work to accomplish.”

While Sampson, Perry and other elected officials work in Albany to secure Brookdale, the most important thing the community can do is to support the hospital by using the hospital as a health care provider.
“The worst thing that happens to a hospital is when the local community refuses to use those hospitals,” Perry said. He explained that when competition from Manhattan hospitals poaches patients in Brooklyn, the result of patronizing those hospitals when we have the care available locally works to local community disadvantage.

“We have to be strategic in how we choose to spend our health care dollars and understand that we have to support the institutions in our borough,” Perry said. “They are working pretty hard at Brookdale right now. They have an evaluation due coming up. I think that they will pass with flying colors. My constituents who work there and who get health care there should be assured that I am going to do everything possible to make sure that we preserve Brookdale Hospital as a health care facility of the highest quality serving our community.”

James Tillmon, Chair of Brookdale Community Advisory Board said, “I can’t tell you how elated I am about it. This gentleman, Mark Toney, is full of life and extremely excited about reaching out to the external community.” Tillmon has been with the advisory board for 10 years, chairing it for the past few years. At any time during the day, and sometimes at 2am, Tillmon will show up in the emergency room to make sure things are going smoothly. “The gateway to our hospital is the emergency room,” said Tillmon.

Toney’s commitment to the institution “has been overwhelming,” said Tillmon. “We are excited to be working with him. We are going to host community meetings with Mr. Toney throughout the whole Brookdale catchment area — Community Boards 18, 17, 16, 14 and 5 — so that people can finally see a face on the hospital.”

Brookdale University Hospital and Medical Center is a 530-bed medical center and an accredited community teaching hospital with a large network of community-based ambulatory care centers. Brookdale offers an array of acute inpatient and outpatient services and serves a community with a population of over one million residents.