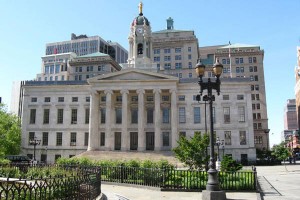 When Political lobbyist Ezra Freidlander calls to come for breakfast almost all the political players show up to Boro Park for lox, bagels and pastries – or in Yiddish speak – the whole schmear.

The event was Shema Kolainu’s 10th Annual Legislative Breakfast. The organization runs Hear Our Voices, a school and center for Children with Autism.

Those, who attended the event reads like a who’s who in city and state politics and included Central Brooklyn’s Assemblyman and Congressional lock Hakeem Jeffries, City Councilwoman Letitia James, who is looking more and more like a viable public advocate candidate, and State Sen. Eric Adams, the front runner to succeed Marty Markowitz as Brooklyn Borough President.

“It’s about autism, and galvanizing elected officials on addressing and funding this very relevant issue,” said Friedlander noting that the City Council recently allocated $1.5 million split up in $25,000 and $50,000 increments to various autism programs throughout the city.

While Orthodox Jewish Boro Park is long known to deliver votes, Friedlander noted he worked hard to bring all the players together and if they think it will curry favor with local voters all the better.

It’s about identifying an issue, organizing it well and giving them (politicians) recognition for the good work they do,” said Friedlander. And if an elected official steps up to the plate and hits a double or homerun, you make sure the community knows about it.”

Jeffries, the Democratic nominee for Congress to replace Ed Towns, is all but assured a victory in the upcoming November general election.

“This diverse district continues to change and it needs leadership that will protect the priorities of working families,” said Mosley, adding his priorities include addressing the need for more affordable housing, improved neighborhood healthcare, better quality schools and more job opportunities.

In regards to Atlantic Yards, Mosley said he always supported the arena project, but that developer Forest City Ratner Companies must be held responsible fro the promised jobs and affordable housing.

The thinking at KPC is Mosley is the candidate to beat as he has the backing of Kings County Democratic boss Vito Lopez and Jeffries. Additionally, he has raised $43,000 and retained vetted political operatives Scott Levenson of the Advance Group and Lupe Todd of George Arzt Communications – the same group that worked on Jeffries’ campaign.
Interestingly, Mosley did not petition to run for re-election as male district leader and nobody has filed to run for the position.

Mosley said this means he will most likely retain the position by default.

Cornegy currently also serves as president of the Vanguard Independent Democratic Association (VIDA), the first Democratic Club to endorse Jeffries over Towns in the recent primary.

The endorsement came after a closed VIDA meeting, in which only one reporter was given access. That reporter went on to write a lengthy story that concluded with everything but the coronation of Jeffries as the new boss of black Brooklyn politics.

VIDA was founded by City Councilman Al Vann, considered by many to be the current boss of black Brooklyn politics. To his credit, Vann has also mentored several of the current top black political leaders in the borough.

With Vann term-limited out of the city council next year, Cornegy has to be considered the early frontrunner to replace him.

It’s an open seat, however, and the 2013 City Council primary to replace Vann may also be the first test between the changing-of-the-guard in old black Brooklyn politics and the possible rising of new independent voices.

Sheepshead Bay Assemblyman Steven Cymbrowitz is facing two tough challengers in Democratic Ben Akselrod in the September primary, and if he gets past him, Republican Russell Gallo in the November general election.

Akselrod is said to be fairly popular with the growing Russian-American community, and Gallo also appeals to the very conservative Russian base.
“Everything south of Kings Highway appears to be going red,” said one political operative.