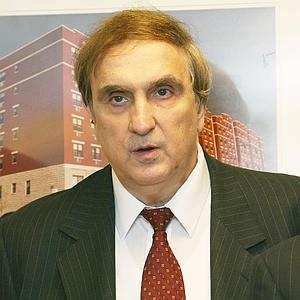 Succeeding Vito as county boss
In Brooklyn, where elbowing your way into politics is the norm, the Kings County Democratic Party Chair has always been the boss.
Picked from among unpaid male and female Democratic Party Assembly District leaders, the boss holds great sway on judicial candidates, patronage jobs and steering both money and contracts to favored nonprofits.
In this role, recently dethroned Kings County Democratic Party boss Assemblyman Vito Lopez was as “old school” as they come. He dealt from a strong hand, and demanded and received party loyalty from North, Central and South Brooklyn.
Lopez rewarded allies with head-of-committee stipends, jobs for connected people, and support to favored, well-moneyed attorneys who wanted a judgeship.
He also steered millions of dollars in contracts to favored nonprofits including the one he formed – The Ridgewood Bushwick Senior Citizens Center.
But being the Democratic Party boss in Brooklyn carries with it a target on your back.  Journalists, young up-and-coming politicians and political reformers all go after you. In this measure, Vito Lopez was a warrior. He excelled in fighting against enemies and rewarded loyalty.
It’s something of an irony that what brought Lopez’s demise was sexual harassment in the workplace and not felony corruption charges, which befell his predecessor, Clarence Norman.
But Lopez isn’t one to go quietly into the night. He denies the allegations, insists he will remain an assemblyman and only went so far to say he won’t seek reelection as county chair – a post he’s held since 2005.
Lopez’s resignation now opens the door for the borough’s district leaders to pick a new party boss, and several sources say the front-runner is District Leader Frank Seddio, who comes out of Canarsie’s powerful Thomas Jefferson Democratic Club.
Seddio, a former assemblyman and surrogate court judge, is said to have locked up a good portion of district leader votes in South Brooklyn including the Italian, Irish and Jewish enclaves of Bay Ridge, Bensonhurst, Coney Island, Sheepshead Bay, Mill Basin, Marine Park and Borough Park.
While Seddio is the front-runner, he’s not a lock and several sources in Central Brooklyn’s black political community think it’s time for another black party boss.
“Some of the black district leaders would like to see black leadership once again, said one source. While there is a rule that the county leadership must come through the ranks of county leaders, it is more a rule and not a law.
Sources said the main name being floated is Crown Heights Assemblyman Karim Camara, who while not a district leader, remains a popular consensus builder in Central Brooklyn.
For Camara to have a chance, he will need the support of the party reformers, and district leader Chris Owens, one of the reformers, said an alliance is possible.
“I could see it, but there would have to be a direct understanding between the two groups of what the expectations are. The reformers’ expectations are to see the at-large district leaders to go, changes in transparency and changes in the judicial selection process, he said.
Meanwhile, District Leader Jo Ann Simon has already announced that she would like to be the first female party boss.
“It’s time for a woman absolutely, said Simon, who has been a district leader since 2004. “There’s a crying need for someone who can bring people together. This has been a divided county for far too long and in the last few years it’s become even more divided.
Either way, Borough President Marty Markowitz sees Lopez stepping down as a positive for Brooklyn politics.
“Last Friday, I called on Vito Lopez to ‘do the right thing’ in the best interest of  Brooklyn, state and national Democratic organizations. I am relieved that he did the right thing today by announcing he will not seek reelection as county chair of the Kings County Democratic Committee, said Markowitz.
“Now we must unite as a party and move quickly to find a successor with just over two months to go before this November’s important election to re-elect President Barack Obama to a second term.