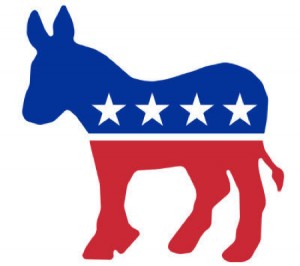 Male District Leader wanted
While people are knocking over each other to succeed 57th District Assemblyman Hakeem Jeffries in Albany, and likewise, it’s a crowded field for the District’s female Democratic leadership position, nobody’s signed up to run for district’s male leadership position.
In the highly Democratic Brooklyn, each assembly district elects a male and female district leader. While the positions are unpaid, they often are a stepping stone to elected office or a well-paying government or union patronage job.
Additionally, district leaders wield power in picking judges, hiring poll workers, and voting for the Kings County Democratic Party boss – currently Vito Lopez.
Often in Brooklyn, paid elected officials hold the duo role of district leaders. For instance, Bed-Stuy Assemblywoman Annette Robinson is also the female district leader, and Lopez himself is both a male district leader and an Assemblyman.
With Jeffries, the presumptive Democratic nominee for Congress, the current male and female district leaders, Walter Mosley and Ola Alabi respectively, have filed petitions to replace him. Also running is Haitian-American educator Martine Gurrier.
Some time ago, Alabi said she would step down as the female district leader. Three women filed to replace her including Renee Collymore, Faye Moore, and Wendy Washington.
Mosley was expected to keep his leadership position, but said he only filed signatures to run for the assembly and not the male leadership race.
This was news to Lopez, who said he thought Mosley filed for both positions.
This was also news to election attorney and longtime area resident Andre Soleil, who had considered running, but opted not to because he has lifetime ties with outgoing Congressman Ed Towns and thought running against Jeffries protégé Mosley would be both an expensive and losing proposition.
“I thought I would be squeezed like a blister in the middle of all this and I can’t say Hakeem and I have any love for each other. He (Jeffries) is very much aligned with Vito Lopez and Vito Lopez is certainly a master politician,” said Soleil.
Soleil said that if nobody runs then Lopez gets to pick the next district leader, and now that he knows the seat is open, he might consider lobbing Lopez for the job.
Soleil last ran against Assemblyman Joe Lentol two years ago. Lentol is a good friend of Lopez.
Soleil also said he represented Cenceria Edwards, when she ran against Annette Robinson for the assembly in 2008 after Robinson challenged her petition signatures in court. Robinson and Lopez are also allies.
But on the other hand, Soleil is a vocal opponent of current Williamsbug/Greenpoint male District Leader Lincoln Restler, who is in a battle to get re-elected against Community Board 1 Chair Chris Olechowski, who in turn has the support of Lopez.
“Lincoln is a backstabber and he’s a future boss,” said Soleil. “He’s of the ilk of Democrats that turn my stomach because they know better then what I know for my own community.”
In a classic case of politics making strange bedfellows, Lopez might look favorably on Soleil for such a comment.
But with an open seat to fill, Lopez will probably entertain for consideration all comers that might want to become a district leader.
Odds & Ends
Speaking of Restler, he has raised over $50,000 to maintain his unpaid district leadership position, and will probably wind up spending a considerable amount of more money in his bid to get re-elected.
Although only 28, Restler, is showing he can be a brawler, and being able to raise money sits well with a lot of established Brooklyn politicians. Among those backing him are Borough President Marty Markowitz, Congress people Nydia Velazquez and Jerry Nadler, state Sens. Daniel Squadron, Velmanette Montgomery, and Eric Adams, Assemblymembers Jim Brennan, Karim Camara, and Joan Millman, and City Councilmembers Diana Reyna, Tish James, Jumaane Williams, and Brad Lander.
That being said, he only moved into the district a few years ago and is running against lifelong Greenpoint Polish-American Chris Olechowski in a Polish neighborhood and a borough that has not had Polish elected representation in decades, if at all.