Kings County District Attorney Charles J. Hynes and New York Police Department Commissioner Raymond W. Kelly today announced the indictment of Christopher “Country” McPhaul, 43, for illegally selling 30 firearms to an undercover police officer in Brooklyn on ten separate occasions, between April 1, 2013 and September 6, 2013.  The top count of the indictment is Criminal Sale of a Firearm in the First Degree.  The indictment includes over 100 related charges.  If convicted on the top charge, the defendant faces up to 50 years in prison. 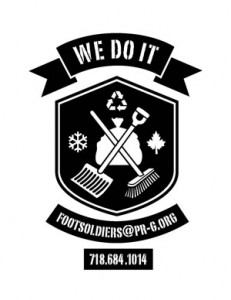 “While New York City remains the safest large city in America, incidents of gun violence continue to plague our communities,” said District Attorney Hynes. “The investigative partnership between the NYPD’s Firearms Investigations Unit and my office’s Major Narcotics Investigations Bureau is yet another successful chapter in our joint mission to stem the incessant flow of illegal firearms from other states into our own backyard. Such law enforcement partnerships require an extraordinary commitment of time and resources.  They must continue to be a priority if we are to successfully combat the violence that is inevitable when illegal guns like these are delivered for sale in our community.”

“That these guns came to New York City through the iron pipeline should not come as a surprise considering 90% of crime guns recovered in the five boroughs come from out of state,” said Commissioner Kelly. “The NYPD is working to stop dealers wherever their source and thanks to enforcement efforts like this, shooting homicides are down 30% citywide. I commend the work of NYPD’s Firearm’s Suppression Division and the undercover detective in this case, as well as District Attorney Hynes and the prosecutors in his office.”

According to the investigation, McPhaul offered delivery service of various firearms and ammunition in exchange for cash that FIU the undercover officer paid in advance via wire or at the time of delivery.  These weapons included rifles, revolvers and semi-automatic pistols.  During the investigation, the defendant communicated using a cellphone, often through coded text messages.

For example, “Country” allegedly advised the undercover that he had weapons available for delivery via the following text message:  “Have a lot of toys for the kids, I’m back, a little $2500 will take them all!”  The undercover texted back, expressing his interest in the sale, and the defendant arranged to meet him in Brooklyn to finalize the transaction. The defendant allegedly sold the officer a .357 magnum revolver, two 9mm semi-automatic pistols, a .22 caliber pistol, 17 9mm rounds of ammunition and 30 .22 caliber rounds of ammunition in exchange for the agreed $2500.  Nine other similar transactions took place between April 1st and September 6th.

The 6-month investigation revealed that McPhaul routinely traveled to the Raeford/Fayetteville area of North Carolina to replenish his supply of weapons and then returned to Brooklyn a short time later to make the sale.

FIU detectives apprehended the defendant in Brooklyn on October 4, when he last returned from North Carolina and was observed driving a vehicle with North Carolina license plates.