Our Time Press extends an apology to pioneering attorney/philanthropist Franklin Augustine (Frank) Thomas, attorney John Michael Doar, Esq., our readers and students of American history for a major error on the cover of last week’s issue. 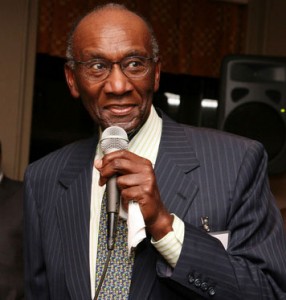 Restoration is one of the nation’s first public/private partnerships aimed at the comprehensive development of distressed urban communities.  The corporation’s first president and chief executive officer of Bedford-Stuyvesant Restoration Corp. was Mr. Thomas, not Mr. Doar as stated on the first page of last week’s issue.  Mr. Thomas served Restoration from 1967 to 1977, and currently heads The Ford Foundation Study Group, a not-for-profit development assistance group focusing on Southern Africa.

Franklin A. Thomas was the first African American president and CEO of The Ford Foundation from 1979 to 1996, the trust endowed by automobile manufacturer  Henry Ford.  Mr. Thomas was responsible for all of the foundation’s programs, operational and investment activities during that time. Thomas and his Ford Foundation staff distributed more than $200 million annually to help needy communities, finance educational and cultural institutions, support civil rights in the United States and around the world, and strengthen and empower policy influencing organizations.

Born in Brooklyn, NY, Mr. Thomas was one of six children of West Indian immigrants James and Viola Thomas. When Mr. Thomas’ father died, his mother found work as a housekeeper and then as a machinist during World War II.

Franklin Thomas stood out in his neighborhood as a leader in school, sports, and the Boy Scouts. His success on his high school basketball team garnered athletic scholarships to major universities, but Thomas enrolled in Columbia University on an academic scholarship, desiring to be judged more for his intelligence than on his athletic ability. Nevertheless, he played on the Columbia basketball team, becoming the first black captain of an Ivy League basketball team.

He has been chairman of the September 11 Fund since 2001. He served as Deputy Police Commissioner in Charge of Legal Matters for the New York City Police Department for two years, starting in 1965.

Thomas was named Assistant U.S. Attorney for the Southern District of New York in 1964.

He also was attorney for the Federal Housing and Home Finance Agency in 1963. From 1956-60 Mr. Thomas was a navigator in the United States Air Force Strategic Air Command.

He is a director of a number of charitable and business corporations.

Restoration has served as a model for thousands of similarly focused community-based development corporations throughout the country.

The list of presidents/CEOs of Restoration Corporation are as follows:

Presidents of Bedford-Stuyvesant Restoration Corporation and Dates of Service