Rob Garris, founder of the Throwaway Children Foundation, and Kevinee Gilmore, founder of #FosterCare, will be honored with a Madiba Humanitarian Award: Celebrating the Legacy of Nelson Mandela, for dedicating their lives to advocating for children in the foster care system. 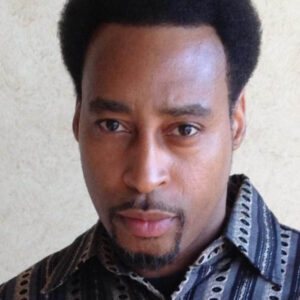 “Rob Garris and Kevinee Gilmore have been on the front lines fighting for supportive housing, reuniting families and exposing the abuse and neglect of children who age out of the foster care system at 18 years old,” said Vira Lynn Jones, Executive Director of the Bedford-Stuyvesant Museum of African Art (BSMAA), who is sponsoring the event. “The children are often thrown into the streets without support systems, survival training or career opportunities. Many of the children experience homelessness or become another statistic in the criminal justice pipeline.”

Gilmore was shuttled from 13 separate foster care homes and attended five high schools before she turned 18 and aged out of the foster care system. When Gilmore enrolled at Cleveland State University, living in the dorms helped her to escape homelessness. She founded #Foster Care as a media campaign that includes celebrities, elected officials and former foster youth. The campaign’s goal is to bring awareness and empower foster youth.

Garris personally understands the struggles that most children in the foster care system experience. He was a foster child but later adopted. Garris trained as a boxer at an early age to protect himself from children who bullied him for not having “real parents.” He is the only professional athlete who returned to boxing after 27 years and transitioned from an amateur to a professional boxer primarily to raise funds for his charity. The mission of Garris’ Throwaway Children Foundation is to form a coalition across the country to monitor the foster care system and bring about reforms that will protect and support children in foster care.

According to FBI reports, one of the most vulnerable populations is a child in foster care. Close to 60% of the children rescued from sex trafficking were from foster care or group homes. Each year, more than 26,000 youth transition from foster care without the typical growing-up experiences that teach self-sufficiency skills or family and community support networks.

The Fourth Annual Madiba Humanitarian Awards: Celebrating the Legacy of Nelson Mandela will be held on Saturday, October 13, 2018 at the Brooklyn Museum from 7 p.m. to 9 p.m. Ruth E. Carter, the costume designer for the blockbuster film, “Black Panther Movie,” and James Shaw, Jr., who disarmed a gunman at a Tennessee Waffle House, will also be honored.