An Evening of Triumph and Travesty

Reflections on Queen B and the Grammys

Last night, Beyoncé experienced both triumph and travesty at the Grammy Awards. Appearing on stage visibly pregnant, the popular music diva performed a moving tribute to motherhood that was so spectacular even the language of Shakespeare, Chaucer and the King James Bible seems bereft of superlatives sufficiently powerful to adequately describe it! But thanks to the magic of this cyber medium, you can witness Beyoncé’s performance.

It will no doubt go down as one of the greatest performances of all times on this show that has hosted countless great performances, where marvelous musicians of all genres display their gifts before their peers. Although Beyoncé won a couple of awards, she should have won at least one more: “Best Album of the Year,” a view shared by the winner Adele, the gifted British singer / songwriter who sang beautifully and walked away with the lion’s share of the prizes, a total of five.

In an unprecedented gesture of generosity and grace, Adele turned down the “BEST ALBUM” Award. Calling Beyoncé “The artist of my life…my idol,” Adele said that Beyoncé should rightly have won the award for “Her monumental album Lemonade”. Her declaration left everybody in the vast Staples Center in LA speechless! A reaction that was no doubt shared by the millions of viewers around the world who also witnessed it. Adele would later ask of Beyoncé: “What the fuck does she have to do to win?” My question exactly!!!

Monumental is precisely the word to describe “Lemonade”, a major work that expands the boundaries of what we previously believed could be achieved in this popular art form. I think it is no exaggeration to say that the video version – which won the “Best Video Award” for one of its segments—of “Formation”, a highly political statement that sparked a furor when it was performed live at the Super Bowl last year – is a work of fine cinematic art! 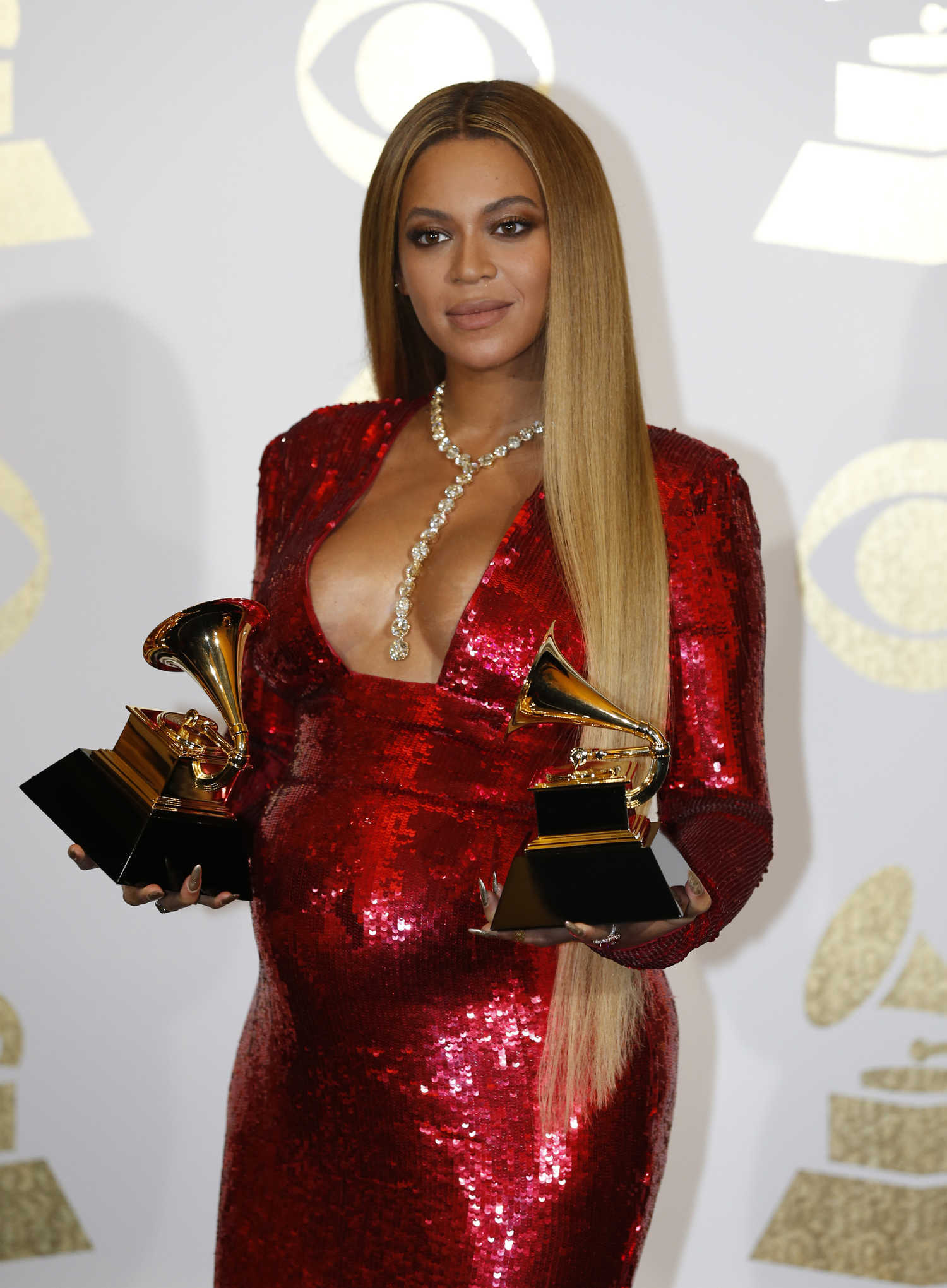 However, the many-faceted album was confined to the “Best Urban Contemporary” Award. This is where the controversy arose and it raises many questions of sufficient depth regarding race, politics and art. To begin with, like everything else in the USA, music marketing is segregated, with albums by black artists placed into certain categories that industry people recognize and this is how the product will be promoted. Hence, whether a record is promoted as “Pop,” “Rock,” Rhythm & Blues”, “Urban Contemporary” and so on.

Of course, white record company executives, promotion men and music journalists will deny that race plays any role in these designations; they will argue these categories are determined by musical styles alone. Yet, if this were true you wouldn’t have black artists automatically assigned to the R&B category when their music sounds like Pop or Rock, and white musicians who are performing Rhythm & Blues classified as “Pop” or “Rock”. Since virtually all popular music in the US and Britain spring from black roots – US or Caribbean – virtually all white popular music by artists from these countries contain black musical ingredients. It’s just a matter of degree.

Even a cursory glance of US musical history will reveal the truth of that claim. From “Ragtime” to “Dixieland Jazz”, from “Blues” to “Swing”, from “Modern Jazz”–i.e., “Bebop” to “Rhythm & Blues / Rock and Roll”, to “Hip-Hop,” are all the creations of Afro-Americans. Yet, as soon as some white musicians learned to play it competently, they were made “The Original Dixieland Jazz Band” or “The King of Jazz”, or the “King of Swing”, or the “King of Rock and Roll”, or the “Queen of Hip-Hop”; i.e., Nick La Rocca, Paul Whiteman, Benny Goodman, Elvis Presley and Iggy Azalea.

White artists could get away with this cultural appropriation in the past because the white audience had no idea who the real original artists were. Even after the advent of sound movies and television, black artists were so seldom presented in these media that this situation persisted to the extent that many white American rock musicians with prodigious record sales said they had no idea that the blues they were playing was invented by their black countrymen until white British rockers like “Eric Clapton” told them so!

However, when it became no longer possible to deny the creative genius of Afro-American musicians, the music industry came up with these different categories that allowed them to continue marketing their white artists to the lucrative white majority while shunting black artists off into “Special Markets” departments.   All this tawdry history came to bear in determining how Beyoncé’s visionary musical masterpiece became confined to the “Urban Contemporary” category when it was clearly the “Best Album of the Year”, even in the eyes of the artist who was given the award!

Aside from “Lemonade’s” artistic excellence – the music, poetic lyrics, dazzling dance, splendid costumes, lush imaginative settings, stunning cinematography and excellent direction – the fact that it is officially Black History Month offers an additional rationale for presenting Beyoncé with the Grammy for Best Album.   The album is full of historical references and allusions to Afro-American culture and contemporary political issues. However, let me hasten to say that this fact alone would not be reason enough to bestow this prestigious award on the record.

I agree with Mao Tse-tung in his “Lectures at the Yenan Forum on Literature and Art, where he addresses the role of art as propaganda designed to promote the goals of a mass movement for progressive change. “All art is propaganda but all propaganda is not art,” Mao argues. “In order to be effective as propaganda, it must first succeed as art.”

This explains why Beyoncé touched so many people with her album, which means it would be important as a cultural artifact in the Afro-America musical tradition even if it had no higher ambition than making art for the sake of art. And instead of condemnation, she might well have been wildly applauded by those who do not wish to be emotionally disturbed by being forced to confront unpleasant realities that contradict the master narrative of American Exceptionalism.

After all, even the most racist white Americans have been seduced by the power and charm of Afro-American song and dance.   It is a strange paradox that compelled Dr. W.E.B. DuBois to remark during the height of white terrorist attacks on innocent Black Americans in the early 20th century: “White Americans lynch the Negro while singing his songs.”

Hence, so as long as the black artist just sings and dances but keeps their mouths about the unpleasant realities of black life in the US is well, they are to be chastised if they dare to speak truth to white power. I salute Beyoncé for not caving in to this well-known but unwritten rule: NOT EVEN A HUNDRED GRAMMY’S WOULD HAVE BEEN WORTH IT!!! The white cultural gatekeepers may have denied her the Grammy but she has won the admiration and respect of her people…. and that is INFINITELY MORE VALUABLE!