“My personal pursuits are intertwined with a greater good.” 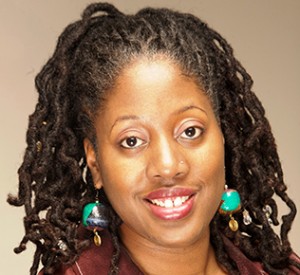 AWI will publish Ms. Silver’s much-anticipated groundbreaking two-volume “I’ve Got Life” anthology series profiling women – many like herself — from various social justice/activist paths, all, as she says, “passionately believing in making the world a better place to live and who have persevered with this mission … despite challenges and sacrifices that only women have had to endure.”

In this two-part “I Got Life” compendium of interviews and essays, Ms. Silver says, “women will talk or write candidly about their social justice work, their victories, their failures, what they know, and what they are still trying to figure out. They will also express what they treasure and perhaps fear about being a woman; a worker; an intellectual; a daughter, sister, partner, wife, mother, caretaker; a bitch; an artist; a corporate executive; a pacifist; an atheist…or about being misunderstood. They are a small sample of women who have made life choices that no one should have to make and that half the world can’t relate to.”

A Q&A with April Silver follows.
OTP: What inspired you to create AKILA WORKSONGS, and where do you want it to go from here?
April Silver: My initial inspiration for establishing AKILA WORKSONGS was my desire to create a Black-owned and managed operation of some kind, my desire to build a company, an institution, a “something” that would be wholly dedicated to telling the truth about people of African ancestry.
When I become politically educated while a student at Howard University, I was already in love with Black people and Black culture. I entered there as a freshman in 1986 and by the time I graduated in 1991, that was even more the case. Again, my core motivation was to be of service to Black people. The “how” manifested as the communications agency that I founded in 1993. Where do I go from here? My focus is to continue on this path and to do so more powerfully.
OTP: You have aided and supported other individuals and groups in raising money for, and awareness of, their unique creative projects. Why is amassing funds from the masses to complete personal and creative projects an important endeavor?
AS: The significance of raising funds from the community-at-large to complete creative projects is that if the crowd-funding campaigns are successful, then the community-at-large reaps the benefits. For example, the first campaign that I co-created and co-managed was a documentary by award-winning filmmaker Byron Hurt. He launched a campaign for “Soul Food Junkies” in November 2011. Neither Byron, nor my business partner, nor I had ever done such a thing. In fact, crowd-funding was a bit new and we spent half our time explaining the new online platform. Regardless, we set a very ambitious goal to raise $25,000 (during the holiday season, no less). We actually raised $31,358. When that documentary was complete and when it aired on PBS’ Independent Lens in January 2013, it had more than 1.5 million viewers. That’s for a Black documentary about soul food, mind you.
The impact was tremendous and people from all over the country chimed in on how that documentary changed their understanding of soul food – both the positive and the challenging aspects. To this day, people are still making healthy choices about how they eat because of “Soul Food Junkies.” And the fact is, that documentary saw the light of day because of the Kickstarter campaign that helped get it made.
Since then, I have co-managed nine other crowd-funding campaigns (on either Kickstarter or Indiegogo) for film and video projects, an art exhibition, and a book. In total, AKILA WORKSONGS has helped indie artists raise more than $213,000 from the community-at-large. I think that’s super significant.
OTP: More than significant; it’s historic!
AS: Thank you. I’d also like to add that I feel my own Indiegogo campaign, “I’ve Got Life! The Anthology Series” is both unique and common, simultaneously.
It’s unique because I’m interviewing women who are social justice activists with a least a decade’s worth of elbow grease and hard knocks. I have women who range from their 30’s to their 90’s who will be featured in this anthology…from Sonia Sanchez to Dr. Yaba Blay; from Nana Camille Yarbrough to Jessica Care Moore; from DJ Kuttin Kandi to Louise Meriwether. That’s a bit unique, I believe. At the same time, it’s not the first nor 100th time that women’s voices are being collected for the page.
OTP: Are there challenges for you in finding the time to promote your own personal projects when you are making history as a sought-after marketer?
AS: My personal work is not self-serving. It is – by design — aligned with the social justice visions of the clients I represent and the community I love. So there’s no challenge in having nor promoting my personal project while servicing clients. Admittedly, I used to think that there was, but I don’t any longer. As an example, when I was a television talk show host on what is now Centric TV (formerly BETJ), I was the one co-host who bought on the most clients to be guests on the show (“My Two Cents”).
That was eons ago but I think it illustrates my pattern of making sure that my personal pursuits are intertwined with a greater good.
OTP: What project are you most proud of and why? And what’s the most challenging project you ever took on and what did you learn from the journey?
AS: One of the projects that I’m most proud of is the anthology “Be a Father to Your Child: Real Talk from Black Men on Family, Love, and Fatherhood” (Counterpoint / Soft Skull Press; 2008). With that book, I accomplished two things: a personal goal to be published before I turned 40 and I was able to give homage to Black fathers (which is a big deal for a Daddy’s girl like me).
The most challenging project is a tie between the National Black Writers Conference in 2002 and a manual where I served as managing editor back in 2010. For both projects the work was unusually intense, highly concentrated, and an insane number of moving parts. All the team members on both projects “went through it,” not just me. But they were both major successes, ultimately. This is the first time I’m realizing that my greatest and most challenging projects over that past 22 years have all centered on Black people getting their stories out via the written word. How very NOT bizarre, LOL!
Another project that I’m immensely proud of is the first Hip Hop conference that was founded by students in 1991 at Howard University. That conference, where I was the founding president, represented the first intersection of Hip Hop and the academy in the country. Here we are 24 years later, and Hip Hop has an entirely different position in the academy now. It is respected. That wasn’t the case then. We had to argue the case where the case had not been argued before.