Bail Black Mamas Out of Jail for Mother’s Day National Bailout is working with the Movement 4 Black Lives to free Black mothers and caregivers in jail because of the lack of bail money, allowing them to spend the holiday with their children. The organization then provides supportive services and fellowship opportunities for these mothers. National Bailout is a Black-led and Black-centered collective of abolitionists. Give what you can to support the campaign in time for Mother’s Day. [Visit nationalbailout.org]

Revolutionary Art, Love and Family Roulette, 509 Atlantic Ave., 3pm, $15. Honor an iconic maternal muse on Mother’s Day! Spend time with legendary poet, playwright, humanitarian and social justice activist Sonia Sanchez. The beloved octogenarian will be in conversation with poet and Mayor of Newark Ras J. Baraka (son of the late, great poet Amiri Baraka) and with April R. Silver of Akila Worksongs, Inc. (cultural worker and editor of the Be A Father to Your Child anthology) They’ll talk with scholar, writer and curator Rich Blint about revolution across generational lines and how the concept of family — in all its different forms — inspires and empowers their published writings, their use of art and their pursuit of justice. [Tickets at http://bit.ly/sanchezbarakasilver] 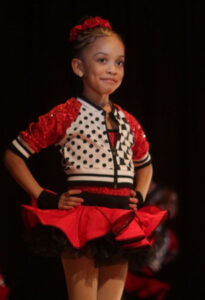 The 50th Anniversary of the Founding of THE EAST Historic Masonic Temple, 317 Clermont Ave. @ Lafayette, 2-7pm, $25 in advance, $30 @ door, $15 (ages 12-17), $5 (under 12). Celebrate a milestone Black Cultural Nationalist institution that influenced the nation from its home in Bedford-Stuyvesant. Performances by jazz greats The EAST All-Stars, featuring Reggie Workman, Danny Mixon, Curtis Folks, Taru Alexander and Ricardo Strobert, jazz singer Tulivu Donna Cumberbatch and the Asase Yaa Dance Theater. Food will be sold and there will be a vendor and book market. For info call 718-638-6700. [Tickets at Eventbrite]

1st Annual Jane Lee Green Truth-to-Power Award Boys & Girls High, 1700 Fulton St., 9am, FREE. The Adelaide L. Sanford Institute conceived this award, named after Jane Lee Green and presented to an honoree who “gives meaning, strength and life to the words ‘voice for the voiceless, advocate for the most vulnerable.’” 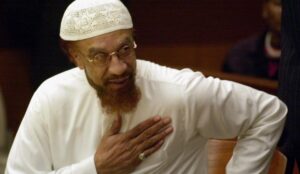 MARK YOUR CALENDARS
Wednesday, May 22nd

Financial Education on the Plaza Brooklyn Borough Hall, Columbus Park Plaza, 209 Joralemon St., 1pm, FREE. Bring lunch and sit on the plaza for a discussion on personal finances as related to housing. Topics include Steps to Homeownership, Negotiating Rent and Renters Insurance. Facilitated by News 12’s Kristie Reeter and financial expert Jamila Souffrant of “Making Cents with Kristie” and presented by the Office of the Brooklyn Borough President. [RSVP to Brooklyn-usa.org/FEplaza2019]

Sunday, June 2nd
LIBATION: Official Launch of the 48TH Annual International African Arts Festival Restoration Plaza Amphitheater (Tent), 1368 Fulton St., 2-8pm, $20. This event salutes the 50th Anniversary of The EAST organization and this year’s festival theme, Ya Tond La Taaba (“We Are All One”), from the Mossi Nation of Burkina Faso. Julian Junior Marvin’s Wailers headlines on their “Message of Love” tour, channeling music and messages of Reggae legend Bob Marley, with whom Marvin played from 1977-1981. The Woza Masakela Ensemble, former members of Hugh Masakela’s band, will perform in honor of “the father of South African Jazz.” Also, The IET band, Pan Evolution Steel Band Orchestra and music by DJ Hard-Hittin’ Harry.