The Mile-Long Opera: A Biography of 7 O’clock.” Gansevoort & Washington to West 34th St., 7PM, FREE (bus leaves promptly at 5:45). ARTs East NY invites community members to ride a free chartered bus to Manhattan to enjoy a megachorus of 1,000 singers from 40 choirs perform on the High Line. They’ll be singing microstories inspired by life in the city in an immersive “opera” composed by Pulitzer Prizewinner David Lang. Audience members will walk (at their leisure) the length of the High Line, enjoying this special event. Advance registration required. RSVP at https://tinyurl.com/ycyrfowc. Arrive by 5:30, as reservations will be released then.

Jason Moran on the History of NYC Jazz Clubs @ NYU Law School, D’Agostino Hall, 108 West 3rd St., 6-8PM, FREE. Enjoy a fascinating lecture on the archives of jazz clubs and spots in New York by MacArthur Fellow and Artistic Director for Jazz at The Kennedy Center Jason Moran. A jazz pianist, composer and interdisciplinary artist, he performs and retells histories of Black music, oftentimes collaborating with iconic visual artists and musicians. RSVP at 212-998-4222. 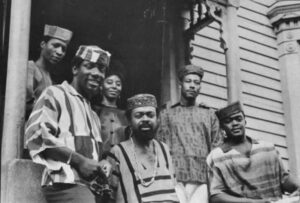 A Celebration of Yusef Iman @ Sistas’ Place, 456 Nostrand Ave., 9 &10:30PM, $20 cover. Malika Iman will give a brief presentation on this, the birthday of her late and beloved father’s work with Amiri Baraka. The two were very close and conceptualized a lot of the Black Arts Movement work. Both were playwrights and poets beloved in the community. Dwight West and his Liberation Quartet headline the shows. For info or to make a reservation, call 718-398-1766.

Film: As a Radical Black Medium @ Weeksville Heritage Center, 158 Buffalo Ave., 10AM-5PM, FREE. Nova Frontier Film Festival and the Luminal Theater partner with the center on a film workshop for teens powered by cell phones. Youth discover the endless space and the (in-between), telling stories across platforms in the digital age. They’ll enjoy the As An Act of Protest by Dennis Leroy Kangalee and Emory Douglas’ The Art of The Black Panthers. One film is a journey to find the meaning of life and eradicate racism and police brutality; the other flows from documentary and melodrama to satire and horror. Arts + crafts workshops and Historic Hunterfly Road House tours round out the day. Tickets at Eventbrite. 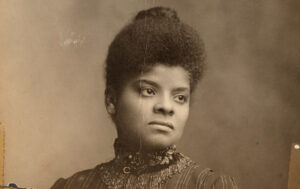 Film: Ida B. Wells: A Passion for Justice @ Kimmel Center-NYU, 60 Washington Square South, Rm. 914, 6PM, FREE. Ida B. Wells-Barnett was a household name in Black America during much of her life and was considered the equal of her well-known African-American contemporaries such as Booker T. Washington and W.E.B. DuBois. This film, by William Greaves, retells the dramatic life and turbulent times of the pioneering African-American journalist, activist, suffragist and anti-lynching crusader of the post-Reconstruction period. RSVP at 212-998-4222.