Common Core: A Worm in the Apple for the Teacher, Pt. II 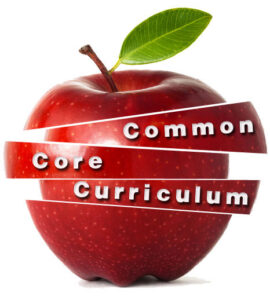 The week of May 23, 2016 was an eventful one in the world of education.  Columbia Professor Celia Oyler was e-mailed questions from the upcoming fourth-grade reading assessment, scheduled for May 23, 2016 – June 10, 2016, from an anonymous teacher who also gave a critique of the questions.  Professor Oyler posted the e-mail on her blog.  Her readers, in turn, posted it on other blogs and Tweeted it. The forwarding caught on like wildfire wherein there were far too many unknown people who have seen the questions and the critique to render the assessment useless.

Less than one year after the New York Common Core Task Force moderated public comments, MaryEllen Elia, New York State Education Department Commissioner, did her own listening tour throughout the state.  During her stop in Staten Island, May 23, 2016, she told the press the New York Common Core Curriculum Standards needed to be revamped.  The revising “will be done in two committees, one for English Language Arts and the other for mathematics, to include school leaders, educators, parents, students, business leaders and community officials”.  The Board of Regents will then vote on the revised standards.  Afterwards, one year will be dedicated to incorporate the new standards into the curriculum by training teachers.

Even Governor Andrew Cuomo admitted to rushing the institution of New York Common Core Standards in 2010. Cuomo agreed to the examinations being shortened; students taking as much time as they need to finish the assessment, and will include “more age-appropriate questions”.

So other New Yorkers must thank the anonymous teacher and Professor Oyler for influencing the governor and NYSED Commissioner to overhaul New York Common Core State Standards’ assessment questions to ensure age-appropriateness.  Further the some 200,000 parents across New York who opted out of the assessment for grades 3 – 8 need to be acknowledged for standing up to the system.

Tameka Mingo, a teacher at a public school in Bedford-Stuyvesant, probably is breathing easier.  Ms. Mingo teaches grades third through fifth.  She explained that “Common Core is a set of standards divided by grade level to set expectations for what students should know in each content area”.  She said, “The ultimate goal is to be prepared for college, more so, and career [upon high school graduation]”.  So New York Common Core “is creating a pathway to college”.

Her college education did not prepare her to teach New York Common Core State Standards.  Rather, she learned New York State Performance Standards which Mingo sees similarities between the two; however, “Common Core wants the children to think deeper”.

“The opposition to it is the testing.  It is more complex,” asserts this educator.  For many people, Common Core is more high-stake testing that brings on high anxiety in the pupils and in their parents.

Imagine going to school Monday through Friday; September through June each year where a student comes to class, participates in lessons, does homework, completes projects and takes quizzes and tests.  All of this knowledge acquisition and effort may be dashed if the student’s performance on the assessment, administered over 13 school days, is low.  That young person may have to redo the grade.  Mingo said, “There is no more social promotion”.  So having high social emotional intelligence will not pass a student onto the next grade level.  For some corners, laying to rest social promotion is a blessing.

When a family opts out of the assessment, the school must create a portfolio to evidence what progress a student made in a subject matter.  With sufficient consideration into lesson planning for the school year, the portfolio will be strong evidence that a pupil has gained competency in the learning standards for a subject at a particular grade level.

Mingo refers to the website Corestandards.org to determine whether her lesson plans meet standards.  She, like many other teachers, inserts the subject and grade-specific objectives of Common Core into her daily lesson plans.  Though this teacher studies this website to ensure she is in alignment with Common Core Standards and practices, Ms. Mingo has been warned by her principal that too many of her students hadn’t passed the last two assessments.

Given the admissions of Governor Cuomo and Education Commissioner Elia, Mingo, other teachers and principals will contemplate the changes Common Core has brought.  Have education professionals been feeling anxiety over the high-stakes Common Core?

Elementary and Middle School Family Leadership Coordinator for School District 18 (SD 18) Ivie Bien-Aime is tasked with informing and enabling parents to be active in their children’s schooling.  Bien-Aime holds workshops and retreats to build leadership qualities in the parents.  She is critical of the rollout of New York Common Core State Standards.

“The weaknesses of the introduction of Common Core includes not explaining it to the general public or the pupils’ families.  Then the implementation of it was not properly done with the teachers,” posits Bien-Aime.  “It isn’t the Common Core Curriculum Standards that are being objected, it is the testing or assessments that is at issue.”

There is a history of resistance to standardized assessment. However, academic performance testing is a lucrative industry. Lobbyists are well-paid to visit state Assembly and Senate chambers as well as local elected officials to ensure standardized testing remain part of the teaching-learning landscape.

She balances her criticism of the implementation of New York Common State Standards with her observation of teaching practices in New York City.  “Many teachers have not established real goals [for a semester or the year], nor are they doing lesson planning.”

Bien-Aime criticizes teachers for visiting Corestandards.org and EngageNY.org but does not offer alternatives for obtaining the professional development needed to lead learning under the new model.  She is concerned also about “the lack of differentiating students in a given class”.