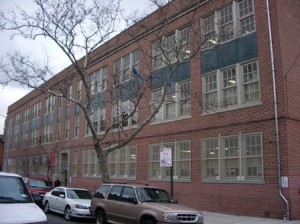 As recent results from statewide math and English test scores show an overall improvement in grades 3-8 for the second year in a row, an independent report by the city’s Independent Budget Office (IBO) shows that the majority of students had the same proficiency level in the 6th grade that they had in the 3rd grade.

IBO Director of Education Research Ray Domanico said the study serves as a wake-up call to the Bloomberg Administration, which claims that their reforms have improved students’ scores at city schools.
“At a time when the city was saying things were getting better in the school system, it looks different when you look at performances of the individual student,” said Domanico.

But city officials disputed the findings of the report saying that the state’s standardized tests are not designed to be compared from one year to the next.

“As we explained to the IBO, their research is invalid,” the DOE said in a statement. “Testing experts know that performance levels on New York State tests cannot be compared from grade to grade without additional analysis, which this study failed to complete or consider. We are surprised the IBO would issue results with this fundamental flaw.
Domanico has admitted that there were some limitations to looking at proficiency levels alone. He said comparing state test scores from one year to the next is less than ideal because a proficiency level in third grade doesn’t necessarily mean a student did not learn anything if they earn the same score in subsequent grades.
But given the data, Domanico said proficiency levels, rather than raw scores, are the only possible way to measure individual student progress.

The report came right before the city announced improved overall scores for grades 3 through 8. The scores posted by about 440,000 students in those grades, who took the tests in April, showed that 60 percent passed the statewide math tests, compared with 57.3 percent last year, a 2.7 percent increase.
But fewer students showed proficiency on the English exams, though the results improved from last year: 46.9 percent of students achieved proficiency compared with 43.9 percent last year, a 3 percent improvement. But the citywide achievements were still behind the statewide average, the state average for English improved to 55 percent and math improved to 63 percent.

Three years ago, the state claimed 70 percent of city students were proficient in English and 82 percent in math, but education officials later admitted those numbers were inflated, and in 2010 made the exams much harder to pass.
For the IBO report, go to http://www.ibo.nyc.ny.us/iboreports/lts2012.pdf. And starting the week of July 30, families can view their child’s 2012 test results within ARIS Parent Link at arisparentlink.org.