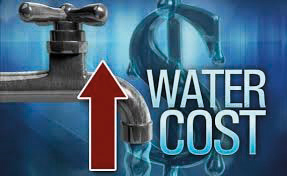 After 12 years of astronomical water and sewer rate increases under the Bloomberg Administration, Bedford-Stuyvesant homeowners are holding their collective breaths wondering if they will again see their water bills rise under the next administration in City Hall.

But there is some hope after the city’s Department of Environmental Protection (DEP) disputed a recent Daily News story alleging water bills, which have gone up 78% since 2005, will again see an increase in July.

“We have not proposed a water rate hike and there is no talk of a rate hike right now,” said DEP spokesperson Christopher Gilbride. “The agency will propose a rate to the
mayor in April and the Bloomberg Administration won’t even be here when the next water rate is set.  Our finance people will make a recommendation to the new mayor and that mayor will ultimately decide what course of action will be taken.”

Gilbride did say the city took in a record $3.3 billion in water invoices in the last fiscal year that ended in July. The water rate hikes in the last decade were needed for federally and state-mandated capital upgrade improvements in which neither the state or federal government put in any money, he said.

But Democratic mayoral candidate Bill de Blasio and other city officials charge the drastic water and sewer rate increases is actually a hidden tax with more and more of the money going into filling gaps in the general city budget.

“When the mayor says he hasn’t raised taxes, he’s really only talking about the taxes you can see. In truth, homeowners and businesses are getting socked again and again with hidden taxes like these water rate hikes,” de Blasio said earlier in his campaign.

Gilbride admitted that some of the revenue garnered from the rate hikes goes to the city’s general budget, but said it is used to pay back city bonds spent on upgrades in the 1980s.

Whichever way the revenue stream flows, however, it continues to put a strain on Central Brooklyn homeowners who have seen their average yearly fees for water nearly double from $554 in 2005 to $991 this year.

“It (water and sewer rate increases) is a problem, but I’m not sure what we can do about it,” said Brownstoners of Bedford-Stuyvesant, Inc. President Ava Barnett. “Something needs to be done because people keep losing their homes because they can’t afford their water bills.”

Barnett said the DEP doesn’t provide explanations for their increases and the organization needs more resources to lobby against the increases and to get better access to the decision-makers at the DEP.

“We can be proactive and tell people when they are listed on the lien sell list and to get them help, but there’s a bigger problem and that’s the DEP continuing to raise rates,” she said.

Gilbride responded that homeowners with liens on their property because of money owed for water can opt into a ten-year financing plan to pay back any money owed on the water rates.