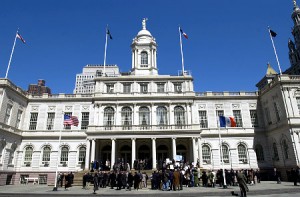 Among the big winners was the Bedford Stuyvesant Restoration Corporation, which received a hefty $1 million in capital funds for renovations, in part to the Fulton Street corridor.

Additionally, the Bed-Stuy Restoration Corporation, through Councilman Al Vann’s office also received $27,750 for the Senior Ambassador Volunteer Initiative, which provides programming that protects seniors from social isolation. It also organizes and educates seniors on important issues affecting them. It will also be used to continue the Bed-Stuy Healthy Food Access Project.

Another big winner from the budget was the Fort Greene Association and its offshoot, the Fort Greene Senior Citizens Council that received a total of $134,000 through the office of Vann and fellow Council members Letitia James, Charles Barron, Jumaane Williams and Darlene Mealy.

Additionally, the Fort Greene Association’s Young Minds Day Care Center, which was slated to close during budget negotiations, ultimately got refunded through the final budget to the tune of $160,000.

The Police Athletic League Wynn Center on Gates Avenue, which serves many residents from the Armstrong Houses and was also slated for closure, got refunded to the tune of $200,000. Vann also included $10,000 from his office’s discretionary funds.

Vann’s office also allocated $5,000 to the Bed-Stuy YMCA for older adults and their continued participation in the Empire State Senior Games; $15,000 to the Magnolia Tree Earth Center of Bedford-Stuyvesant for youth programming and $10,000 to Bed Stuy’s Project Re-Generation to support a teen job readiness program through its Foot Soldiers Services.

Williams, who has been actively involved in stopping youth violence allocated $5,000 each to Connect, Inc. and Cool Culture, Inc. to create and sustain early intervention and violence prevention programs for youth in middle and high schools ages 12-21.

Barron’s office allocated $25.000 to East New York Kidspower, Inc. to be used for the youth football and cheer program, as well as after-school tutoring for the youth. The funds will be used for recreational events, travel expenses, transportation to and from games, uniforms and equipment, utilities and telephones to run the program.

Additionally, Vann allocated $10,000 to the Society for the Preservation of Weeksville and Bedford-Stuyvesant History, and $29,714 to the Vannguard Urban Improvement Association, Inc. to assist youth, focusing on the provision of academic skills building and homework assistance during the school year and during the summer months.

For a complete list of the City Council allocations visit