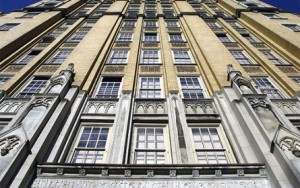 The Department of Education’s recent low-key move to revise its stance on “social promotion” makes sense, according to one Central Brooklyn lawmaker, a parent and education advocates.

The move, announced June 1, ends the DOE’s eight-year ban on the practice.

Currently, 75% of the children held back are from Brooklyn and the Bronx, 95% are Black and Hispanic, and 27% have been homeless in the last four years.

“This appears to be a research-based policy change that will encourage struggling students who have made progress to continue working hard, rather than dropping out because they’re embarrassed to be in a classroom with much younger children,” said Bedford-Stuyvesant City Councilman Al Vann. “And the fact that the change is coupled with additional resources for schools to target toward these children is excellent.”

The DOE also notified principals citywide that third- through eighth-graders who have been held back once already, could now be promoted to the next grade even if they fail state tests.

The policy, which the DOE predicts will only affect a small number of students, would apply to students in danger of repeating a grade more than once or more than two years too old for their grade.

“The issue is, if you have a kid who’s 15 with a bunch of 11-year-olds, it doesn’t make sense at that point for them to continue to retake the same grade over and over again,” said Shael Polakow-Suransky, chief academic officer for New York City schools. “This is a kid who’s clearly struggling no matter what grade they’re in.”

Lisa Kanbar, a Brooklyn parent with a child in the 5th grade, thinks the DOE should go further in helping children who are retained.

“More outreach should be provided to these kids, if they drop out the DOE should help them get their GED,” said Kanbar.

“My 16-year-old nephew has been held back three times, and was just promoted to the ninth grade. Repeating another grade was not what he needed; he needed intensive support to help him to advance with kids his own age,” said Zakiyah Ansari, the advocacy director for the Alliance for Quality Education.

DOE spokesman Matthew Mittenthal said last year 9,000 kids were held back and that only 450 will be affected by the change.