The mission of the Brooklyn Youth Sports Club is to build an enriching educational setting for economically disadvantaged youth, using athletics as a vehicle to inspire them to fulfill their academic, physical and personal potential. This fall, I had the pleasure of bringing my creative writing workshop to BYSC to engage the fourth- and fifth-graders in written exercises designed to empower them to use their own voices to explain the world around them. The goal of this particular workshop was for the students to write Op-Ed pieces to be published here in Our Time Press. They chose their own topics and wrote from their own perspectives. They enjoyed the workshop almost as much as I enjoyed facilitating it. Acknowledgement and thanks go out to Damon Lawrence and Harris Friess, for their continued work with the children in our communities.

Hi, my name is Miquan Mack, Jr., and I’m going to be talking about science. Science is the intellectual and practical action encompassing the systematic study of the structure and behavior of the physical and natural world through observation and experiment. That is the definition of science. I’m going to talk about volcanoes, earthquakes and when science started.

To begin with, volcanoes are known for their explosions and their hot lava. A volcano is a rupture of the crust of the planet which allows hot lava, ash and gases to escape from a magma chamber below the surface. Then, do you know what an earthquake is? If you don’t, an earthquake is the shaking of the surface of the earth resulting from the sudden release of energy in the earth’s lithosphere that creates seismic waves. It’s popular of a little line that has a hole in it. Last, Europe and the Renaissance. In 1834, Cambridge University historian and philosopher of science William Whewell coined the term “scientist” to replace such terms as cultivators of science.

It Takes a Village

I am going to discuss my favorite school activity. My favorite school activity is It Takes a Village. This is my favorite because I can communicate with friends. This creates friendship and a trusting environment. Also, a lot of kids don’t play in class because they already played in the It Takes a Village program. This helps me focus because it keeps kids active. It also keeps the kids healthier.

Lastly, I like the program because of teamwork. I like teamwork because I like to interact with other people. This allows me to help my peers. The It Takes a Village program is when we get time out of the day to play and have fun. We also do fun activities. This is why I enjoy It Takes a Village!

Is Football as dangerous as you think? 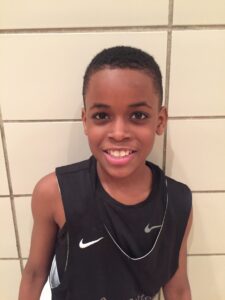 Football actually isn’t that dangerous if you think about it. For example, there is new high-tech gear that makes football safer. Also, there were rules implemented to make the game safer. Lastly, there has been research that football is as safe as a band or choir or even school.

New high-tech gear has made football a safe sport. There are new helmets that tell coaches and others when there is a concussion that took place. Also, there is the revolutionary new ZERO1 football helmet that reduces concussions with the pads and face mask that gets attached.

The most important thing that specifically shows football is a safe sport is research. For example, a study shows that the risk of death from neurodegenerative (resulting in or characterized by degeneration of the nervous system, especially the neurons in the brain) disease was relatively low in both groups: three percent of NFL players and one percent in the general population. Also, another study shows that the risk of high school football players developing degenerative neurological diseases later in life is no greater than if they had been in the band, glee club or choir.

So, this shows that football isn’t as dangerous as you think it is. It is just as safe as if you are jumping on the bed with high fences around it. Even scientific research proves it.

Kids and social media. They are always on it, using every electrical device. But is it good for them? I believe it is not because kids start ignoring school work and they talk to people that they do not know. That makes social media dangerous!

When kids use social media they start ignoring school work. They don’t do their homework and they do not study for tests. They also do not pay attention in class and fail on tests constantly. They all get bad grades from not doing school work. This makes you wonder what the kids are doing instead of school work.

Some kids speak to strangers when they are on social media. Kids might not know who they are talking to. It might be a scammer or a thief. They could also expose their identity to the stranger. Also, their e-mail address and phone number can be stolen. Talking to strangers can also put you in harm’s way. If you give people your private information, they could find you and hurt you.

All in all, kids should not use social media. Kids start ignoring school work, they start talking to people they do not know and social media is dangerous.

Do you know what makes the Ball family the biggest topic in sports? Well, if you don’t, I think I can tell you.

The first thing that I would like to say is that the LiAngelo Ball incident had a huge impact in sports. The reason that this is a big deal is because LiAngelo stole in China, a country with a lot of strict laws. The day after he stole, the police came to get him and the other UCLA students who were involved. All three of the students had to spend a day-and-a-half in jail before being put on house arrest. They eventually returned home. The second thing I would like to say is that LaVar Ball, the father of the boys, pulled LaMelo Ball out of high school because the high school coach wanted to run things his own way. Also, LaVar pulled LiAngelo from UCLA after he got suspended for stealing in China. LaVar said, “LiAngelo was only going to be at UCLA for one year”.

If you still don’t think the Ball family is the biggest topic in sports, then I suggest two things. First, watch shows like “First Take” and “SportsCenter” on ESPN, and second, reread this article.

Math is in Everything

My name is Channer Duke and I will be demonstrating how math can relate to real life. Some examples of this are as follows. Math can help with many different subjects in school, such as science, health class and computer courses.

My name is Deron Rippey jr, and I believe football has become safer to play. Allow me to explain:

One example is found in the new gear that the NFL lets players wear. The NFL making new gear can decrease the levels of injuries. One new gear that football improved is the chest pads. Designing new chest pads is important because without chest pads you could have a serious heart injury, and that can lead to death.

Another example of football becoming safer is the new rules in the NFL. The NFL has created 37 rule changes since 2002. One of them is the horse collar rule. This rule states that a player cannot grab at another player’s collar, or else they will receive a penalty.

As you can see, the NFL has worked to make this sport more safe by allowing for new gear and by having new rules.

I’m here to ask a question. That question is, “Are video games affecting kids negatively?”

In my opinion, I think they are.

All of these things to me are negative and you’re not treating your body the way you are supposed to. This is why I think video games affects us kids negatively.