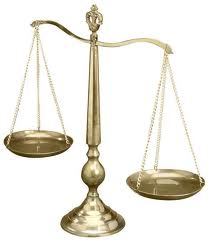 Although Brooklyn is more than a third black, only one of the 16 judges in Kings County Family Court is black, this paper has learned.

Office of Court Administration (OCA) spokesperson Arlene Hackel said it is not unusual for the OCA to assign an elected civil court judge to family courts, but normally family court judges are mayoral appointments.

Hackel said there is also one Asian-Pacific person as well as one Hispanic person on the bench.

The city’s Corporation Counsel Spokeswoman Kate O’Brien Ahlers said that while Bloomberg has a commission that makes judicial appointments, it is up to the court system to decide where they are assigned.

The lack of blacks on the Kings County Family Court bench comes as the Bloomberg Administration continues to defend its controversial NYPD stop-and-frisk tactic that has put thousands of youthful people of color in the judicial system – many for the first time.

A “juvenile delinquent” is someone at least 7 but less than 16 years old who commits an act that would be a crime if committed by an adult and is found to be in need of “supervision, treatment or confinement.” The act committed is a “delinquent act.” Juvenile delinquency cases are heard in Family Court.

Children who are 13, 14 or 15 years old who commit certain more serious or violent acts may be treated as adults. These cases are heard in Supreme Court but may sometimes be transferred to the Family Court.

Cornegy said an example of this recently came to his attention when a 16-year-old girl was arrested for menacing after having several altercations with her mother.

Legal aid recommended to the judge that the girl be remanded to Covenant House until the problems with her mother could be sorted out, but the judge sent her to Rikers Island, said Cornegy.

“Some judges will say ‘where’s your mother?’ instead of viewing the child as incorrigible,” he added.