By Philip Jackson, Executive Director of the Black Star Project

To the Chicago Education Committee and New CEO Selection Committee: Numerous parents and organizations have asked The Black Star Project to offer guidance and recommend criteria for selecting a new CEO of Chicago Public Schools (CPS). Based on the input from parents and community members, we suggest that viable candidates for CEO of Chicago Public Schools meet nine (9) minimum criteria.
Basic Requirements for New CEO of the Chicago Public Schools:
1) Five years of education management experience either in administration, at a school, at the university level or in an educational not-for-profit.
2) Resident of Chicago who knows the city and has significant history in Chicago.
Qualifying Criteria for New CEO of the Chicago Public Schools should have credentials that demonstrate or prove s/he has:
3) Strong relationships with and connections to the higher education community and the business community.
4) Successful results working with student populations whose demographics are similar to those of the CPS student population.
5) Varied examples of how s/he encouraged, supported and engaged parents as valued partners in the education of their children.
6) Strong willingness to include parents and community members in essential decision-making processes designed to successfully educate students.
7) Nuanced understanding of the connection between academic success and the success of community economies.
8) Flexibility, sensibility and willingness to work with communities to improve schools.
9) Track record working with alternative schools and dropout reclamation.

1) Paul Adams is President and Founder of the Providence Schools. Mr. Adams, the son of a school teacher, is originally from Montgomery, Alabama. He received a BA from Alabama State University. He grew up during the civil rights movement and participated in Dr. Martin Luther King’s march from Selma to Montgomery.
Adams moved to Chicago and earned a master’s degree in psychology from Northeastern Illinois University. In 1971, he was hired as director of guidance for Providence St. Mel School, then a private Catholic high school. One year later, he became principal.
When the Archdiocese of Chicago withdrew funding from the school in 1978 Adams spearheaded a national campaign to raise money for Providence St. Mel. His dedication became legendary and during the next two decades, Adams successfully transformed Providence St. Mel into a premier college preparatory learning institution for African-American students.
Since 1996, Adams has served as President of Providence St. Mel School, managing an annual budget in excess of $7 million. He remains very active in planning the curriculum for the school, which has since expanded to include prekindergarten, elementary and middle grades for a full pre-K-through-12 grade span.
Under his leadership, 100 percent of Providence St. Mel’s graduating seniors have been accepted to four-year colleges and institutions of higher learning for more than 30 years. Upwards of 50 percent of its grads attended top-tier and Ivy League institutions for the past seven years.
To further his groundbreaking approach to education, Adams waded into the public school arena by founding Providence Englewood Charter School. During the 2006-2007 school year, he served as its principal while, as part of Providence St. Mel’s Leadership Development Program, he and Jeanette DiBella trained the designated, incoming school principal.
According to Adams, “I learned early on that without a proper education, a person is doomed. If I could provide the right environment, our children could enter these doors and feel free to learn and prosper.” 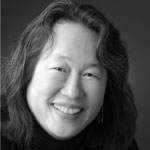 2) Dr. Victoria Chou is Dean of the School of Education at the University of Illinois at Chicago.She has served as Dean of the College of Education at UIC at Chicago since 1996. Prior to her deanship, she was a classroom teacher, a reading specialist and a teacher educator and reading researcher.
With her colleagues at UIC, she seeks to develop a model “Great Cities” school of education that is relevant and responsive to the third-largest school district in the United States. She has secured numerous grants to support the preparation and professional development of excellent teachers for students in Chicago’s historically underserved neighborhood schools.
She chairs UIC’s Council on Teacher Education, is co-Chair of the Steering Committee of the Consortium on Chicago School Research, and chairs the governing board of the National Teachers Academy-Professional Development School. Dr. Chou earned her doctorate in education in 1976 from the University of Wisconsin – Madison in Curriculum and Instruction.
Dr. Chou’s current work addresses how particularities of the urban context should influence literacy education, the education of teachers, and schools of education. 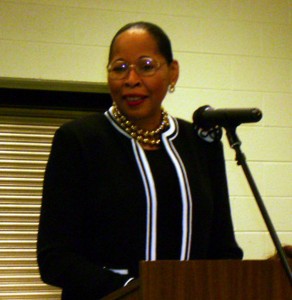 3) Dr. Blondean Y. Davis is Superintendent of Matteson Elementary School District 162.
Dr. Davis, selected as the 2008 Illinois Superintendent of the Year from among more than 800 Illinois superintendents, represented Illinois in the National Superintendent of the Year Recognition during the 2008 AASA National Conference.
Dr. Davis was appointed Superintendent of District 162 in 2002. The district has consistently increased its Illinois Standards Achievement Test (ISAT) scores with the most recent composite score on the 2007 ISAT rising to 80 percent, an increase of 45% since 2001.
Two of the district’s seven schools were ranked on the 2007 ISAT top 10 school districts in the Southland suburban area of Chicago. Dr. Davis’ educational philosophy is driven by the research of Dr. Ron Edmonds, founder of the Effective Schools Movement. According to Dr. Edmonds, “We can, whenever and wherever we choose, successfully teach all children whose schooling is of interest to us. We already know more than we need to do that. Whether or not we do it must finally depend on how we feel about the fact that we haven’t so far.”
Prior to District 162, Dr. Davis was in charge of daily management of the Chicago Public Schools from 1995 to 2001. She supervised seven regions including 600 schools. She also served the Chicago Public Schools system as Deputy Chief Education Officer, district superintendent, principal, assistant principal, counselor and teacher.
She was Associate Professorial Lecturer at St. Xavier University where she trained prospective principals and was a senior consultant to the Illinois State Board of Education, working with schools that were on the state’s Academic Warning List. 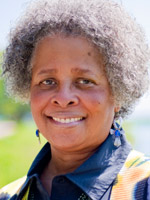 4) Dr. Carol D. Lee is the Edwina S. Tarry Professor of Education and Social Policy at Northwestern University and co-Founder of New Concept School and Third World Press.
Dr. Lee has developed a theory of cultural modeling that provides a framework for the design and enactment of curriculum that draws on various forms of prior knowledge that traditionally underserved students bring to classrooms. She is the author of Signifying as a Scaffold for Literary Interpretation: The Pedagogical Implications of an African-American Discourse Genre. She is co-editor with Peter Smagorinsky of Neo-Vygotskian Perspectives on Literacy Research, published by Cambridge University Press.
Her work is published in numerous journals, including Reading Research Quarterly, Research in the Teaching of English, The Journal of Black Psychology, and the Journal of Negro Education, among others.
Lee recently completed a research project in a Chicago inner-city high school that involves restructuring the English Language Arts curriculum, including assessment, in ways that build on social and cultural strengths that students bring from their home and community experiences.
Her research projects are or have been funded by the McDonnell Foundation’s Cognitive Studies in Educational Practice by the Spencer Foundation, and by the National Center for the Study of At-Risk Children, co-sponsored by Howard University,  Johns Hopkins University, and by the National Council of Teachers of English.
Lee is active in the school reform movement in Chicago Public Schools and taught in both public and private schools before assuming a university career. She is a founder and former director of an African-centered independent school in Chicago that is 28 years old, New Concept School.
She is also a founder of a newly established African-centered charter school, the Betty Shabazz International Charter School. She engages in professional development activity for teachers both locally and nationally.
Lee is past president of the National Conference on Research in Language and Literacy and the chair of the Standing Committee on Research of the National Council of Teachers of English. 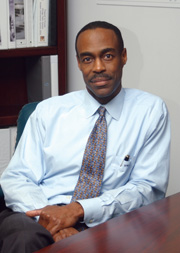 5) Robert Runcie is Chief Officer for Area 17 of the Chicago Public Schools. Mr. Runcie has served as Chief Information Officer and Chief Administrative Officer for CPS. He is the Chief Officer for Area 17, a group of elementary schools on the Southeast Side.
He is a 2009 graduate of the prestigious Broad Superintendents Academy, a 10-month executive training program designed to train business executives for top management positions in urban school districts. Before joining CPS, Runcie was founder and president of a management consulting and technology service company.
He earned a bachelor’s degree in economics from Harvard University and a master’s degree in business administration from Northwestern University’s Kellogg School of Management.
He is an insider and would not have a big learning curve to get to know the system. As chief administrative officer under former CEO Ron Huberman, Runcie drove an initiative to engage parents, teachers and residents in five low-income neighborhoods to think critically about how to improve their schools, with the goal of prodding groups to recommend strategies from the bottom up rather than have them imposed from the top down in typical CPS fashion.
Though Runcie was pulled from his central office post, he’s still working on the initiative and winning high praise from community organizations.
Based on these criteria, The Black Star Project recommends these 5 candidates (listed alphabetically) be interviewed for the position of CEO of Chicago Public Schools.