Bedford-Stuyvesant Finally Gets A Sanitation Garage

After 34 years, the wait in Bedford-Stuyvesant’s Community Board 3 to get its own sanitation garage is finally over.

That, after Department of Sanitation sources confirmed to KCP that the city-owned property at 56 Nostrand Avenue between Park and Flushing Avenues that have long been slated to house a sanitation garage for the CB3 jurisdiction is finally getting the green light to move forward.

“We’ve requested this back in 1985,” said CB District Manager Henry Butler, who as former chair of the community board along with the late Nelson M. Stout, the old CB3 Sanitation Committee Chair, has been trying to address the issue for many years.  “We’ve been trying to address this for many years and a lot of credit goes to [Sanitation] Commissioner [Kathyrn] Garcia. She came to the budget consultation meeting and she promised us she would fight to get the funding back to the garage and she did.”

Butler explained how Bed-Stuy has utilized the san 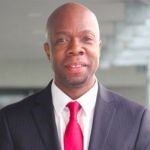 itation garage in Williamsburg, which is a small garage and can’t house a lot of garbage trucks. As a result, Bed-Stuy property owners would often not get a morning run of trash pickups and instead would have to wait until the p.m. pickup, he said.

“We have trash out there all day – for 12-16 hours that doesn’t get picked up,” Butler said, adding that this is a contributing factor to Bed-Stuy and Bushwick as a rat population district.

“This is an environmental safety issue we’re talking about here. We already know about environmental racism and we’ve been trying to address this for many years,” said Butler, adding with gentrification bringing a housing and population boom to the neighborhood, the sanitation garage is needed now more than ever.

Many in the community thought the problem was solved when a city-owned site at 56 Nostrand Avenue was slated to house a new sanitation garage and Capital City money was slated to build it back in 2011, but it was delayed and then delayed again in 2013.

The problem became more exasperated because the Williamsburg-based Monroe Bus Company and Central United Talmudic Academy school buses also used the site to park their buses on a month-to-month lease with the city, according to a Department of Sanitation (DOS) source.

The source said the bus companies tried to take the city to court to keep the site for bus parking, saying they had nowhere else to go but the court ruled against the bus companies and the Monroe Bus Company left on June 30 and the Central United buses left a few days later.

The source said the new garage will be state-of-the-art with room to fit operation garbage collection trucks, mechanical brooms and snow removal equipment.

Soil samples are being taken now and the building standing on the site will be demolished next year. It will take three to four years to build, the source said.