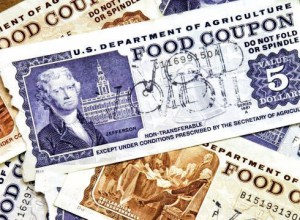 It’s not even the end of the first month that the Supplemental Nutrition Assistance Program (SNAP),  a.k.a. food stamps, was cut and already Bedford-Stuyvesant food pantries are seeing increases in the hungry.

But the current $5 billion cut nationwide that went into effect Nov. 1 is small potatoes considering that Congress might soon siphon as much as $40 billion more to balance the budget.

“We’ve already seen a 37 percent increase this month and that will increase more at the end of the month when people’s SNAP benefits run out,” said Dr. Melony Samuels, Executive Director of the Bed-Stuy Campaign Against Hunger, which runs a food pantry five days a week mainly for the working poor at 2004 Fulton Street off Ralph Avenue.

Samuels said a majority of the clients at the food pantry are children, and that 40 percent of all veterans get SNAP assistance. “Now, between Sandy and SNAP cuts, we’re in for the time of our life. People are saying they will have a lot of meals taken away,” she said.

Samuels noted the cuts will also affect the local economy as the revenues that supermarkets receive from SNAP clients will decrease, making these stores most likely to lay off workers.

St. John’s Bread & Life Pantry, at 796 Lexington Avenue, has seen an 8 percent increase of clients getting help at their pantry, which also runs five days a week.

“Hunger in America is a symptom of poverty. People are paying for their rent instead of food, particularly in Bed-Stuy where gentrification is increasing the cost of housing,” said Bread & Life Executive Director Anthony Butler.

Both Butler and Samuels said now that the elections are over they hope that Democratic lawmakers in Washington start putting more attention into restoring the current and proposed cuts.

The current cut is the result of the end of a stimulus package approved when the economy melted down. Then, in September, the Republican Party-led House passed a $40 billion cut for over ten years to a farm allocation bill that is typically passed every five years giving subsidies to both farmers and sets the SNAP budget. The Democratic Party-led Senate cut $4.1 billion from their version of the bill.

The bill must be passed as part of the Fiscal Year 2014 budget now being hammered out.

Flatbush Congresswoman Yvette Clarke has been among the most vocal that the cuts should be restored.

“Our food assistance program constitutes a promise to the families and children of America that every person would have the opportunity to eat,” said Clarke. “These reductions in SNAP violate that promise, our commitment that we will not allow children, senior citizens and people with disabilities to starve.”

Clarke said of particular concern is that the elimination of food assistance will prevent many children from obtaining adequate nutrition for their physical development and academic achievement.

“Studies have demonstrated that children who enter the classroom without a proper breakfast or lunch have difficulty concentrating on their lessons,” she said.

Central Brooklyn Congressman Hakeem Jeffries called SNAP critical to combating hunger in the communities he represents and throughout America.

“We are the richest country in the world, and no one should go without food. Yet, approximately 50 million Americans confront hunger every day, and 18 million are children. I will continue to oppose cuts to food assistance in the farm bill and work with food banks and nonprofit organizations to combat hunger in our community,” said Jeffries.