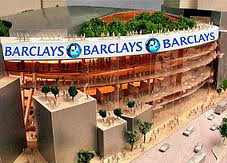 By Amelia Rawlins
The two organizations most responsible for stalling the Atlantic Yards project for six years kicked the press out of a meeting concerning a planned protest of the Barclays Center September opening with a Jay Z concert.

The organizations BrooklynSpeaks and Develop Don’t Destroy Brooklyn called for the meeting at Brown Memorial Baptist Church in Fort Greene, and sent notices out to several press outlets inviting the public to come, but the press was quickly shown the door.

Brown Memorial Pastor Reverend Clinton Miller said he was unaware that the press wasn’t invited, but he remains sympathetic to the protesters because he wants Atlantic Yards Developer Forest City Ratner held up to the promises made to the community for allowing the arena to be built.

“They made promises to the community and based on those promises, they were able to find leverage. So when these big projects are built the public really pays for it,” said Rev. Miller. “If you pay taxes, your money went into building that arena.”

Rev. Miller said the tradeoff was if the people are going to pay for this, the developer was going to offer jobs, housing and hoops, so they are going to deliver on the basketball part, because the Nets will start playing here next October, but now they have 2,000 part time jobs. You can’t afford to live in this part of Brooklyn on a part time job, he said.

Rev. Miller led a protest two weeks ago in which many of the aforementioned organizations participated. At that time FCR issued a statement saying, “…there’s a certain irony that people who were opposed to the project, and worked hard to stall the project, now criticize it for not delivering fast enough the benefits.”

Among the promises FCR made include the construction of 4,500 rental units with half being affordable that would generate 15,000 construction jobs.

Thus far FCR has delayed the start of their first proposed building of housing several times and now say the groundbreaking should happen before the end of the year.