What happens to old Black Panthers? Some wind up dead, like Huey P. Newton. Some join the Moonies and the Republican Party, like Eldridge Cleaver. Some, like Mumia Abu- Jamal, languish in prison. But a few, like Assata Shakur, have taken the path of the “Maroon,” the runaway slave of old who slipped off the plantation to the free jungle communities known as “palenques.” 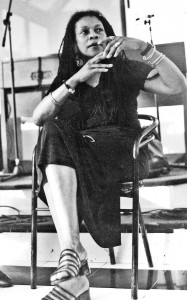