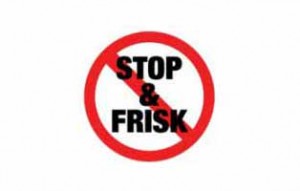 Hot weather and gun violence unfortunately are as predictable as the seasons. During the July 4

th week of celebration more than 75 individuals have been shot in NYC. In an attempt to justify NYPD stop-and-frisk violations of 4th Amendment rights, Police Commissioner Kelly said, “There doesn’t seem to be any major community response. He added, “Many of them will speak out about stop-and-frisk but are shockingly silent when it comes to the level of violence right in their own communities. We have demonstrations about virtually every other issue in this city, except the level of violence.”

State Senator Eric Adams wrote a letter to Commissioner Kelly in response. Adams reminded Kelly that “As a former police captain and current State Senator, I, along with other African-American leaders, have spoken out against violence in the African-American community, and have partnered with several organizations whose mission is to decrease violence in our communities.” Adams invited the commissioner to visit and walk through our communities to receive a first-hand account from those who are dedicated to working to decrease violence and reduce the tide in high crime areas. Unfortunately, distrust and lack of communication between police and the community has fostered an uneasy and strained relationship between the two groups.” At a press conference, Adams asked if Commissioner Kelly can take credit when crime goes down, why can’t he take responsibility when crime goes up.

Council Member Jumaane D. Williams, co-chair of the Task Force to Combat Gun Violence, called Commissioner Kelly’s comments “incendiary” and expressed his outrage “at the presumptuous and patently false comments of Commissioner Kelly, which directly insult communities like mine, which are grieving for our lost and trying to save our young people every day.” He asked where Mayor Bloomberg and Commissioner Kelly have been while gun violence is occurring in his community and calls them “shockingly deaf.” Williams denounced policies such as the NYPD’s misuse and abuse of stop, question and frisk and the Young Men’s Initiative, both of which have failed to reduce violent crime in communities of more color.

“I am disappointed by the implication that those of us who have criticized Stop-and-Frisk are unconcerned with recent incidents of violence,” said Congresswoman Yvette D. Clarke. “I don’t believe we have to choose between the right to equal protection and the safety of our communities. It is a sad commentary on the state of affairs in our city when its citizenry are given a false choice of the protection of their civil rights and civil liberties and their public safety as an either / or proposition.”

“The increased violence we have recently experienced is deeply troubling and can be attributed to the fact that there are too many guns and too few jobs in our community,” said Assemblyman Hakeem Jeffries. “It is unnecessarily divisive for Police Commissioner Ray Kelly to cast blame on others who do not have direct responsibility for the safety of our city. Moving forward, it is my hope that Mayor Michael Bloomberg and his administration will work closely with civic leaders to address the violence problem and improve the relationship between the police and the community.”

After more than 10 years in his second tenure as Police Commissioner, one wonders if Kelly pays attention to information he receives from his various community affairs officers and local media.

There are various community groups on the ground that respond to gun violence and often prevent it. They do the work despite being under-funded by the Bloomberg Administration, or not funded at all. Anti-violence work takes place in hotbeds of gun violence in East Flatbush, Brownsville, East New York and all around the city.

Last spring a youngster and his mom moved into East Flatbush. Days after the move, the child was shot by a stray bullet while riding his bike in front of his home. In response, Councilman Jumaane Williams worked with Assemblyman Nick Perry, local clergy and community activists to assist the family. Weeks later, Williams held his first “Not in My Hood” march and youth resource fair, as well as an anti-violence concert at Brooklyn College. The response was so successful, Williams has made it an annual event. He is there to comfort the families and offer assistance in the aftermath of any gun violence situation in his community.

The Church Avenue corridor in East Flatbush has been the location of too many gun violence incidents. In response, the 67

th Precinct Clergy Council formed. Council President Pastor Gil Monrose said, “The progressive voices against gun violence in our communities have always been loud. Every march or prayer vigil we have done so far have been on the issue of innocent people who have lost their lives to gun violence.

“We have formed a group called Mothers Who Have Lost Their Sons to Gun Violence. We have 7 mothers who are a support group and are speaking out against gun violence so that the community can see there is a human toll and human pain felt by mothers of sons who have lost their lives. We in the 67

th believe if we can put a human face to the pain and suffering of yet another Black person shot and killed in the street this will help discourage gun violence by 1) sensitizing the community to the hurt and pain and 2) mothers have a special place in son’s lives. We believe when other young men see mothers suffering that that may be a turning point for some people.”

th Precinct Clergy Council has a response team that is dispatched through the hot spots in Brooklyn – 5-10 clergy who walk the street where there has been a recent shooting and talk to the people in the community to see if they would like to talk about the incident and problems in that area, as well as offer assistance.

Regarding the 77 shootings last week, Pastor Monrose said, “There is a response. We will continue to respond. We respond to those types of shootings all the time. There are grassroots people and individuals like us who meet twice-a-month to do strategic planning on gun violence. This is a sustained campaign against gun violence. We do this day in and day out. We don’t take a break on gun violence. We bury individuals all the time. With all the mothers that we serve and all the families in our care, we don’t take a break. There is no time off. There is no silence in central Brooklyn.”

“Kelly is wrong,” said anti-violence activist Tony Herbert. “He didn’t do his homework. There are a number of grass roots leaders who are on the front lines of this issue every day, that do scream for help to stop the violence and are on the ground fighting the good fight”. Herbert listed organizations such as Trucked Out, Lay the Guns Down Campaign, Advocates Without Borders, SOS, the Brooklyn Blizzards Youth Org., Harlem Youth Ministries, I Love My Life Campaign and The Kings Of Kings Foundation who are all doing the work that Kelly knows nothing about.

Herbert and his collaborators are well-known in the streets. Recently, Mike Tucker of the Lay The Guns Down Campaign was approached in the street and given a bag containing 2 pistols – a 9mm and a 22 automatic – and more than 100 rounds of ammunition. The person wanted to turn the guns in but was fearful of taking them to the precinct by himself. Tucker met with Herbert who contacted the 81

st precinct. Two officers came, vouchered the weapons, took all the bullets out, then accompanied Tucker to the precinct to complete paperwork. Herbert gets calls from people inquiring how to turn in guns, “because there is a protocol,” said Herbert.

The Brooklyn District Attorney’s office has been conducting formal gun buy-back events since at least 2008. Last year the DA’s office conducted 3 gun buy-backs and collected a total of 337 guns. This year there has been one buy-back so far. They collected 108 guns. A spokesperson for the DA said the guns turned in were in good working order.

Rev. Vernon Williams, the Harlem pastor who pastors for peace said, “For 3 years I’ve invited borough presidents, community leaders, families etc. to take part in a citywide Ride Walk and Rally for Peace, a City response to youth violence. Ask them who came out. For six years I have been calling for total community outrage concerning youth violence, gun violence and youth gang violence. We that take the streets, do the work without pay and try to save our youth.”

Anti-violence specialist A.T. Mitchell disagrees with Kelly on guns being the problem. “It’s not the guns, it’s the people. It is the changing of the mindset of the people in the neighborhoods hardest hit. Our work is to change the norm, the way the people normally handle their crises, their disputes. Unfortunately, the norm is that they think violently. Our work is to change the social norm. The violence is an emotional response to hurt. A lot of these people dealing with these crises are already depressed, oppressed, angry, or hungry. When someone else triggers something in them, violence is the easiest mode to go into. It is easier to get violent than to think a situation through for some people. Our work is psychological, behavioral change. We work to change the way people see each other, treat each other. Eventually, hopefully they will change the way they interact with one another.

Mitchell said the summer has the “most brutal and violent months of the year. We have to brace ourselves for the summer, and not just through law enforcement and stop-and-frisk.” Mitchell, whose Man Up Inc! organization counts days without gun violence said if he had the resources that the NYPD has, he would be able to put a stop to gun violence immediately.

Rev. Taharka Robinson, founder and CEO of Central Brooklyn Anti-Violence Coalition, said he has “a lot of concerns regarding Kelly’s assertions.” Robinson listed several killings that NYPD dismissed until community activism made them pay attention: Chanel Petro Nixon who disappeared in broad daylight, Bennie Lyde who was murdered on his doorstep, Romona Moore who was raped and murdered in a basement, Zaneen White who was murdered at a cookout up the block from the 81

“We were outraged when the police killed Timothy Stansberry while he was crossing the rooftop at Louis Armstrong Apartments. We were outraged a couple of years later when Kyle Coppin was killed by the police over a hairbrush,” said Robinson. “We have a history of outrage. We have been outraged year after year, whether it has been police killings, self-inflicted killings, domestic violence or any type of abuse in our communities.”