An Election We Must Help Win

When Willard Mitt Romney first said he didn’t care about poor people, it was taken as an unfortunate gaff, everyone makes them.

But now he has reiterated his statement and thrown in pretty much the rest of America that doesn’t have money like he and his friends. The man keeps trying to pull his guns and they keep firing into his foot. And when told that his foot has been shot, the strangely painless Romney says he meant to do that and fires again. 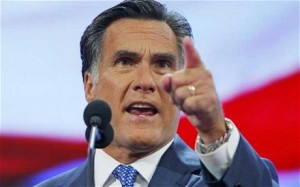 After a series of these self-inflicted wounds, the latest being criticizing the president at a time of international crisis with a wrong-in-fact argument, and being secretly recorded being dismissive of 47% of the American people because he said, “They don’t pay taxes.”

So now it is clear, the first order of business is to deliver an overwhelming defeat of Mitt and the crushing of Republicans right down the slate. May the Senate be lost for them. Mitt should be left broken and humiliated. His aides discredited and unemployed. His backers shunned. His wife’s hairdresser should not return her calls. His defeat should be the stuff of legend.

After that, there is serious business to attend to. The National Defense Authorization Act, which the Obama Administration is fighting to keep, gives the president the power of indefinite detention of people anyplace in the world, including Americans. These are powers that must not fall into the wrong hands.
In the domestic turmoil that Republican policies would bring, we could see easily see the “national security” threatened by street demonstrators and the Romney/Ryan/Republican crazies acting “decisively.” Good thing Mitt is not going to win, because the police state powers he would have to work with are, given the dismissal of concern for the non-rich by Mitt Romney, truly terrifying.

So one of the first movements must have a twin: one to overturn Citizens United and remove the billionaire’s edge, and the other to prevent the NDAA from being a part of our lives. It will take another four years of pressure, regulation and new appointments to flush the system and make this a country run by the people, not the corporations.

The second “first order of business” is to organize on all the battlefronts we face. One example of action is a national education conference to be held in Chicago this October, an apt location, given the just-concluded war between Mayor Rahm Emmanuel and the teachers union over issues including corporate control of education and the responsibility of the city to bring opportunity and enrichment to young lives.

The conference, “Saving the African-American Child: A Working Summit on Black Education” has as its goal to create a “national Black education agenda” with common strategies to achieve common goals. (This is the kind of conference that the United Federation of Teachers would be well-advised to attend with notepads and take lessons from the Chicago Teachers Union on outreach, democracy, and create a new role for the union in educating the black and brown children of New York.) This is the kind of work that has to be done across the spectrum of our condition.

For African-Americans, there should be no satisfaction with having a black president. We have to make some noise and get our share of commitment. The Hispanic community organized, made noise and they got theirs. The gay, lesbian, bisexual, queer and transgender community organized, made noise and they got theirs. Students organized, made noise and they got theirs. With nation-leading foreclosure, unemployment, imprisonment, and school-failure rates, we have to come together, organize, make noise and get ours. The African-American community cannot allow the hoopla of the “presidential election show” to distract us from the reality of the economic and cultural assaults, and the disintegration taking place right before our eyes. Men old enough to shave wearing pants they always have to pull up and women wearing skirts they have to keep pulling down. Young people not given the tools to compete and lost in digital fantasies, mistaking the power of their phone for their own. Not given the chance to find and express their genius. This is a culture in disrepair. This is not the future that Harriet Tubman risked her life for, to or that the freedom marchers walked toward. This is a future that comes from an enslaved and terrorized past, a future that is a legacy of our tormentors. The other side of the mountain was supposed to be the promised land of freedom, instead we’re looking at a twisted image of the place of bondage we only just left. We cannot let that legacy stand. “Agitate, agitate, agitate,” is how Frederick Douglass put it, and he was right again.

Presidential Debates: Romney’s Last Chance
Going into the debates, Barack Obama is looking like Joe Louis or Muhammad Ali in his prime and Mitt Romney is looking like a guy with a glass jaw. And now his one big chance is to score a series of knockdowns in three debates against the president. I’ve got to tell you, I don’t think Mitt’s got Joe Frazier’s character or skill and I know he doesn’t have his left hook. I can’t wait for the debates so I can sit back and enjoy watching Barack Obama pound on the boy like the “bum of the week” he’s shown himself to be.