A Recognition of Twin Towers Engineer, Mr. Alton A. Burton

When the building of the Twin Towers of the World Trade Center was proposed in 1960, Gov. Nelson Rockefeller chose Clinton Hill resident Alton Burton, an African-American engineer who had earned his degree from the University of Michigan and a master’s from New York University. At that time, he was already employed at the Port Authority as its lone Black engineer. A LOOK BACK …

Mr. Speaker, I rise today in recognition of Alton A. Burton, PE, a distinguished member of the New York City community. It behooves us to pay tribute to this outstanding leader and I hope my colleagues will join me in recognizing his impressive accomplishments. 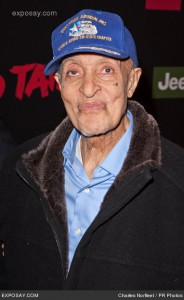 During the course of history, there have been a select few people known as visionaries. Mr. Burton is one of these visionaries that viewed our world not as it necessarily is, but as it can be.

Alton A. Burton was a U.S. Air Force Lieutenant, serving as bombardier, navigator and pilot during World War II. After distinguished service in our Armed Forces as a Tuskegee Airman, Mr. Burton pursued the power of ideas through higher education by obtaining a Bachelor of Science and Master’s Degrees in Civil Engineering. He also obtained a license as a Professional Engineer in the State of New York.

Soon after receiving his degrees and license, Alton A. Burton joined the staff of the Port Authority of New York and New Jersey in design engineering. Mr. Burton’s assignments included contract plans for various facilities, including marine terminals. Little did Mr. Burton know that he was being positioned by the hand of destiny for something more. During the 1950s and 60s, Mr. Burton toiled in the eye of the storm of civil and political unrest, a time of cultural, human and civil rights crises.

Against all odds, Alton A. Burton was able to understand the situation and conditions of a racially charged environment and era that would have been deemed impossible. In 1962, the late Governor Nelson A. Rockefeller of New York appointed Mr. Burton the Chief Civil Engineer in charge of the planning phase of the multibillion-dollar project known as the World Trade Center.

In the minds of most Americans, the deeply disturbing images of the inferno that engulfed the Twin Towers and then the crumbling to the ground after being hit by two hijacked commercial airliners 5 years ago on 9-11-01 will never be forgotten. Most of us are unaware that over 40 years ago, Chief Civil Engineer Alton A. Burton designed and fortified the infrastructure, which accounted for the reliability of the Twin Tower structures to withstand tremendous force, including that of an earthquake.

Chief Civil Engineer Alton A. Burton and his team of civil engineers had no idea that some 40 or so years later terrorists would fly jets into the towers. Because of the fortification of the infrastructure, due to Mr. Burton’s vision and preparation for the unexpected, the towers, as damaged as they were, managed to hold—giving our first responders, EMS, NYPD, FDNY and other emergency units a grace period to do what they do best, save lives.

If not for Chief Civil Engineer Alton A. Burton’s vision of a fortified infrastructure, the World Trade Center’s Twin Towers would have immediately toppled to the streets below. With steel beams heating to over 3000 degrees F, the infrastructure still managed to endure. The North Tower held for 1 hour, 42 minutes and the South Tower for 56 minutes before the total collapse. We note (with regret) that approximately 3,000 lives were lost that infamous day and we offer our sincere condolences to their families. However, keeping in mind Mr. Burton’s efforts to fortify the infrastructure with the best materials known to architectural and civil engineering at that time, between 10,000 and 20,000 individuals were safely evacuated from the towers and surrounding areas, so many more lives were saved.

Chief Alton A. Burton’s prolific civil engineering work carries with it profound moral and philosophical insight, possessing power without arrogance, bringing redemptive clarity whose truths have never been more necessary as we honor the lives of those that were lost and their legacy by how we live. Alton A. Burton has risen at the age of 82 to become a Great American Hero, and we claim him as one of our own, both in title and in spirit.

As our nation moves forward with a unified purpose, we realize that purpose is perhaps more significant than outcome. It is what we all become in the process to embrace all of the opportunities this country has to offer as the real purpose. Alton A. Burton continues to live his life with purpose. The people of the city of New York, the United States of America and the world became a better place because Mr. Burton has given us all his best; and he has created a mark in American history and the world that cannot be erased.
Mr. Speaker, I believe that there are no words too magnanimous to fully describe our gratitude; we thank former Chief Civil Engineer Alton A. Burton for inspiring modesty, selfless devotion of the advancement of humanity through his devoted service to the United States of America.

Mr. Speaker, I believe that it is incumbent on this body to recognize that in Alton A. Burton we have an outstanding citizen worthy of the highest respect and esteem from his community, the City of New York and our nation.

(For more information on Mr. Burton,88, a resident of Clinton Hill, Brooklyn, view interviews conducted by his son, Michael Burton, on YouTube.)