The February 22 swearing-in has been postponed until after the Board of Elections certifies the count which will be March 6. While state law does not require residency to run for a council seat, and in fact, 6 of the recent candidates were not district residents, it does require residency to “hold a seat.” It is undisputed that Dr. Eugene, prior to the election, resided in Canarsie. Supporter Gerard Cadet explained that Eugene signed a lease on a three-bedroom apartment off Flatbush Ave. in the district on February 1 and has been sleeping there. 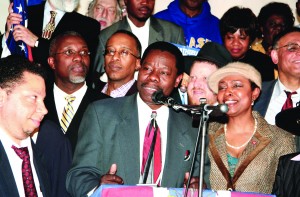